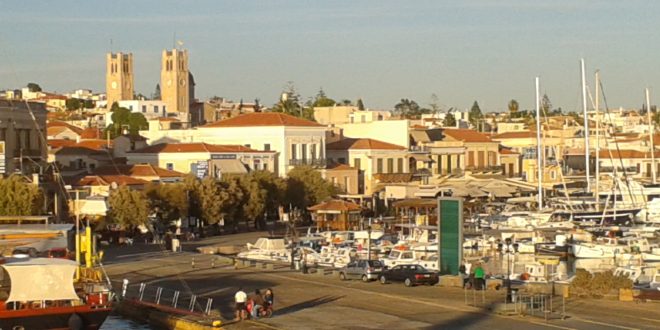 June 29, 2020 CORONAVIRUS Comments Off on Traveler from UK to the island of Aegina tested positive to Covid-19 5,205 Views

A foreign national currently visiting the island of Aegina has been tested positive to Covid-19. The man arrived from UK via a transit airport to attend a funeral. He was tested upon his arrival at the Athens international airport on Saturday and immediately traveled to the island, an hour away from Athens, per ship.

According to local website aeginaportal, he attended the funeral of his nephew in Mesagros village the afternoon on the same day. Later in the evening, he was informed by the health authorities that his test was positive. His wife was tested negative.

He underwent a second test with the results to be expected tomorrow, Tuesday.

It is currently the local Health Center dealing with the infected patient.

The mayor of the island, Giannis Zorbas, told local media that he is aware of the case and he stressed that the issue is being handled by the Aegina Health Center and that there will be an update on the issue later.

“The case is imported, it is still ‘suspected’, there is nothing official by EODY [National Health Organization,” said local councilor Filippos Tzitzis.

He added that the issue has been exaggerated by websites in Athens and Piraeus, he said that tracking of the man’s contacts will take place. He claimed that “majority of samples on the island are negative,”probably meaning the tests conducted by the mobile teams of the Health Ministry and independently from this particular case.

The island of Aegina is a “safe destination” he underlined.

Local residents and owners of touristic businesses are concerned that the coronavirus case may scare tourists and visitors of, especially as the country opens its gates on July 1.

Aegina has been free from Covid-19 since the outbreak in the country late February.

However, health authorities are on alert as the man attended the funeral together with several other people, ANT1 reported.

The couple who are permanent residents in the UK came to Athens from London via Belgrade.

Travelers from abroad who undergo COVID-19 test at airports must go into self-isolation until the results are out.

The traveler who is asymptomatic is currently in self-isolation in a hosting house in Mesagros. it was him who informed the Helath Center about his positive test. He briefed the mayor that he was observing all safety measures during his travel per airplane and ship and that he was wearing a mask, aeginaportal reported on Sunday evening. His relatives in London have been tested negative.