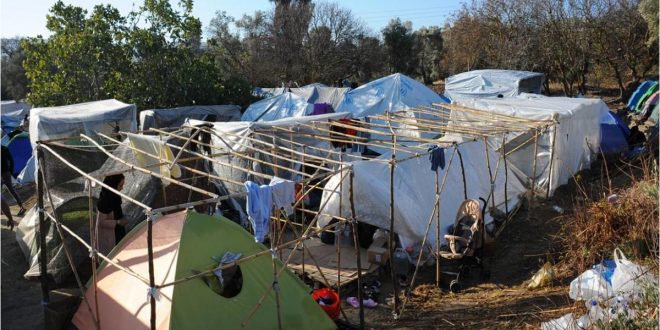 Greek authorities have extended the lockdown in all refugee camps for two more weeks, until July 19, 2020. The joint ministerial decision on Saturday comes more than two months after lifting restrictions for the general population and just four days after the country opened wide its gates to international tourists.

According to the announcement by the ministers of Citizen Protection, Health and Migration the lockdown extension aims at preventing the spread of the coronavirus.

Refugees and migrants in the camps have been locked down since March 23rd.

Detention Migrants are allowed to leave the camps from 7:00 am to 9:00 pm only in groups of less than 10 and no more than 150 people per hour

At the end of the day, it seems that the coronavirus is a pretext to authorities to implement a kind of ‘soft detention’ or ‘closed camps’ as was the government plan in last winter but rebuked by the European Union and international organizations.

It has been alleged that the lockdown has become an instrument to restrict the movement of refugees and migrants who normally exit the camps to purchase food and basic goods.

According to an AFP report, Marco Sandrone, coordinator of the medical charity Doctors Without Borders (MSF) at the Moria refugee camp on Lesvos, said before the announcement that the lockdowns had nothing to do with public health as there were no cases in the camps.

Some NGOs and volunteers have argued that the lockdown extension is linked to Greece’s tourist season.

“They try to make the refugees as invisible as possible, and think that then the tourists would love to come,” said Jenny Kalipozi, a Chios island local and volunteer who often brought aid to the Vial refugee camp.

Greece has recorded 192 deaths across the country since the outbreak in late February and no death in the refugees and migrants camps.

It should be stressed that social distancing inside the camps is impossible.