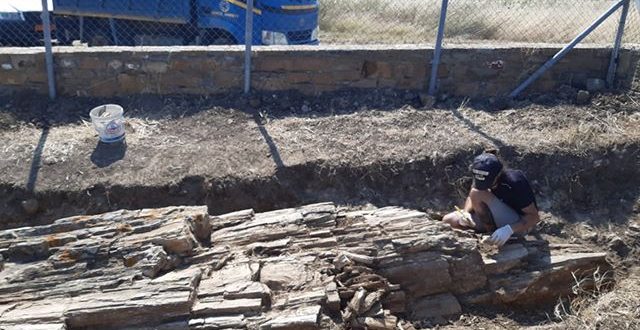 Giant petrified trunk discovered on the island of Lemnos

July 9, 2020 environment Comments Off on Giant petrified trunk discovered on the island of Lemnos 1,602 Views

The petrified trunk of a giant tree has been unearthed on the island of Lemnos in the eastern Aegean Sea. The log is believed to belong to a sequoia and is estimated to be 20 million year old an age similar to the Petrified Forest of Lesvos. 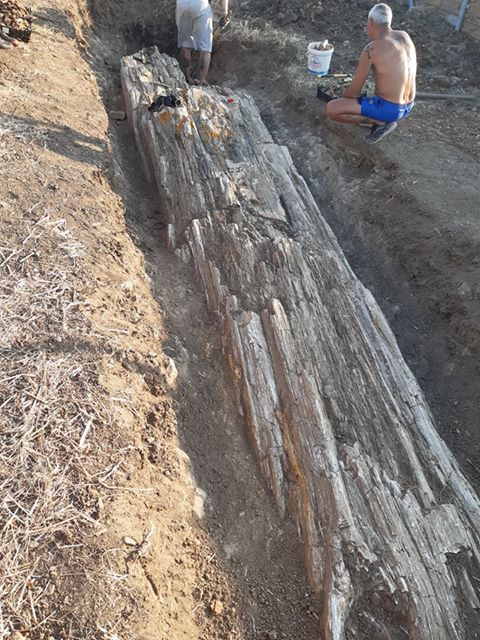 The fossilized trunk has been discovered in Varos village in central Lemnos and the works of the first phase to unearth it have been completed. 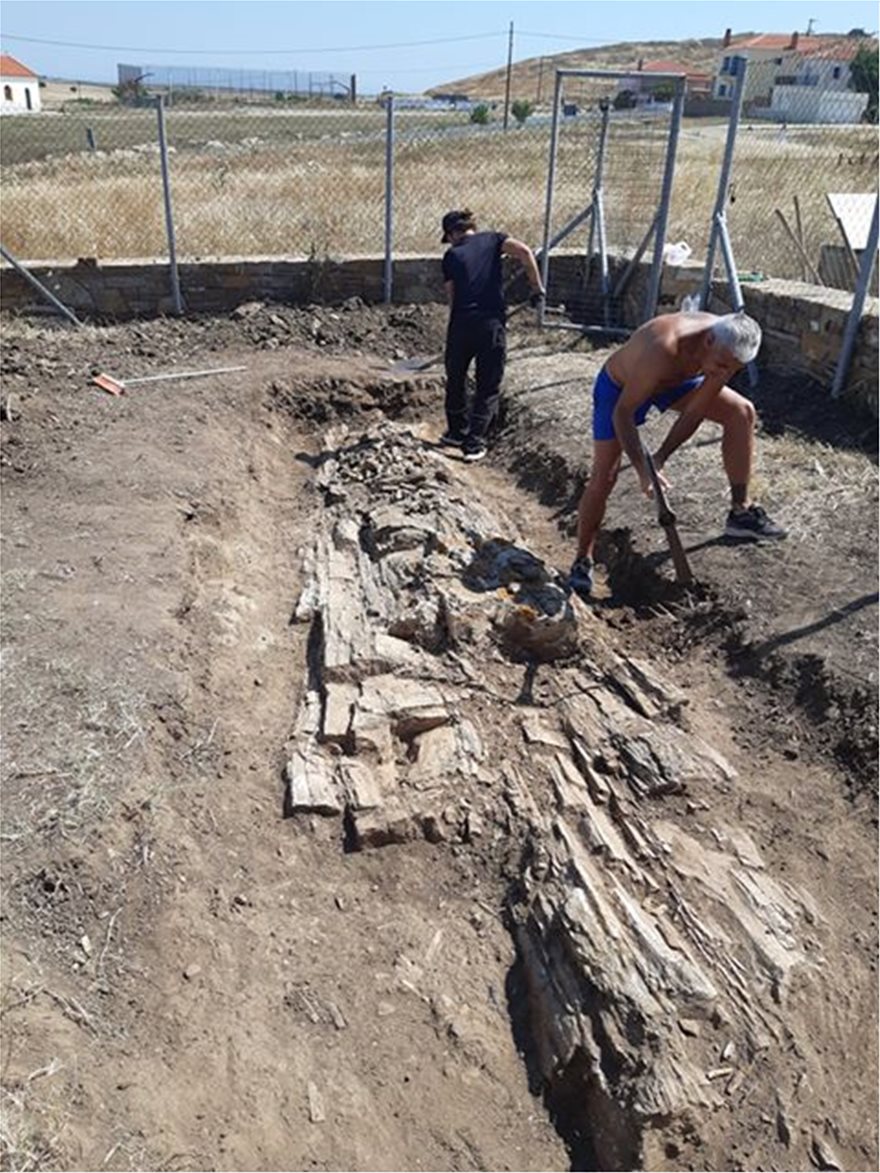 Zouros said that the fossil trunk is part of a giant sequoia tree. 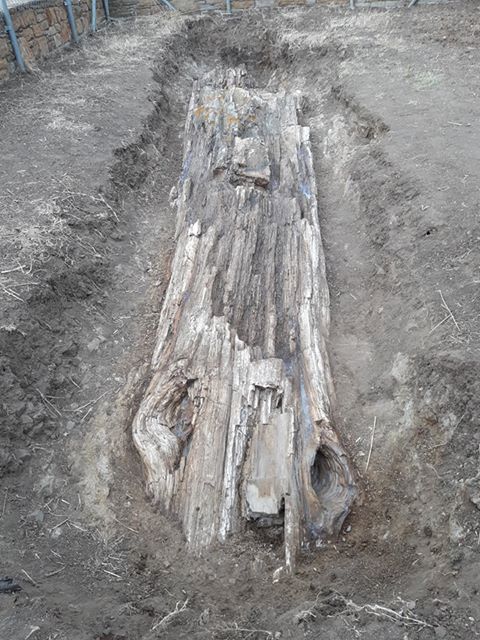 “The petrified trunk is an indisputable proof of the value of Lemnos’ fossilized forest,” Zouros stressed.

He added that there are hundreds of petrified trees across the island and there are efforts to gradually have them emerged. 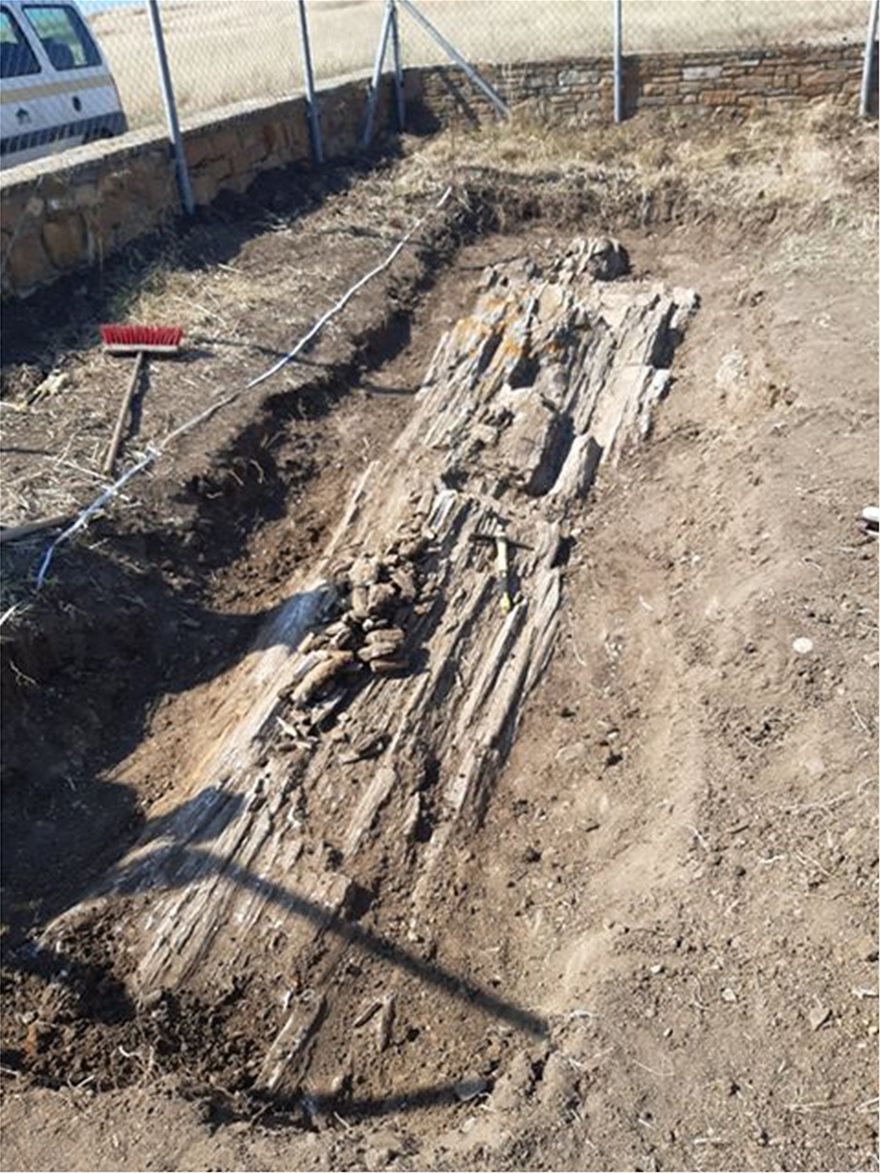 The creation of the petrified forest is directly related to the volcanic activity in the area of the Aegean during mainly the Miocene, about 20 million years ago, Zouros said.

At that time, there was a generalized volcanic activity in the wider region of the northeastern Aegean and Asia Minor, due to which the petrified forests in Lemnos and Lesvos were created.

“As it is known, standing and lying petrified tree trunks have been found in the sea area between the two islands,” he added.

Zouros revealed that the fossils found so far indicate that 20 million years ago, Lemnos had a subtropical climate, where trees such as palm trees, fruit trees and coniferous trees thrived to a great extent. 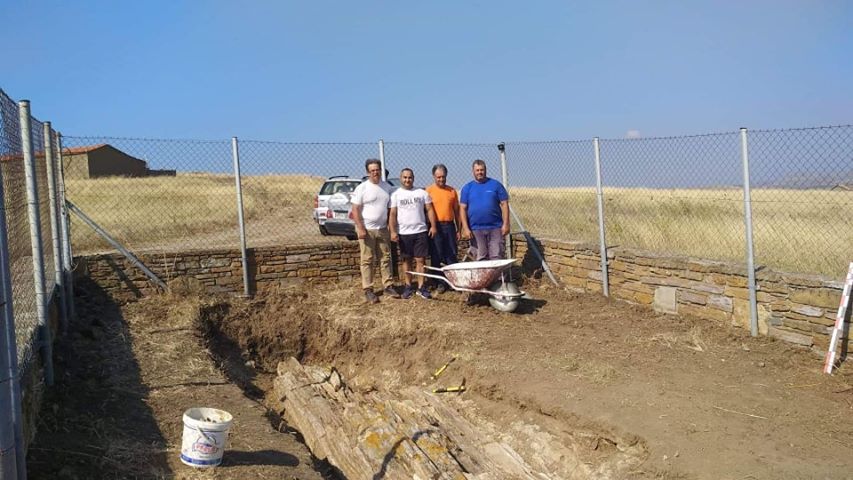 Excavation works have been carried out with the help of the president of the Varos community, Giannis KAvouras.

The petrified forest on Lemnos was declared as a protected monument of nature in 2013 and covers three areas of about 4.5 hectares in total.