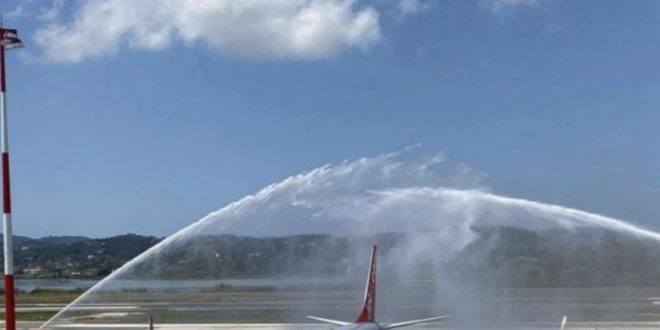 Majority of 6,000 UK tourists tested for Covid-19 at Greek airports

The first direct flight from UK landed at Ioannis Kapodistrias airport on the island of Corfu at 2 o’ clock Wednesday afternoon. To honor the first UK landing after the pandemic lockdown, two fire service vehicles formed a welcome water arch. 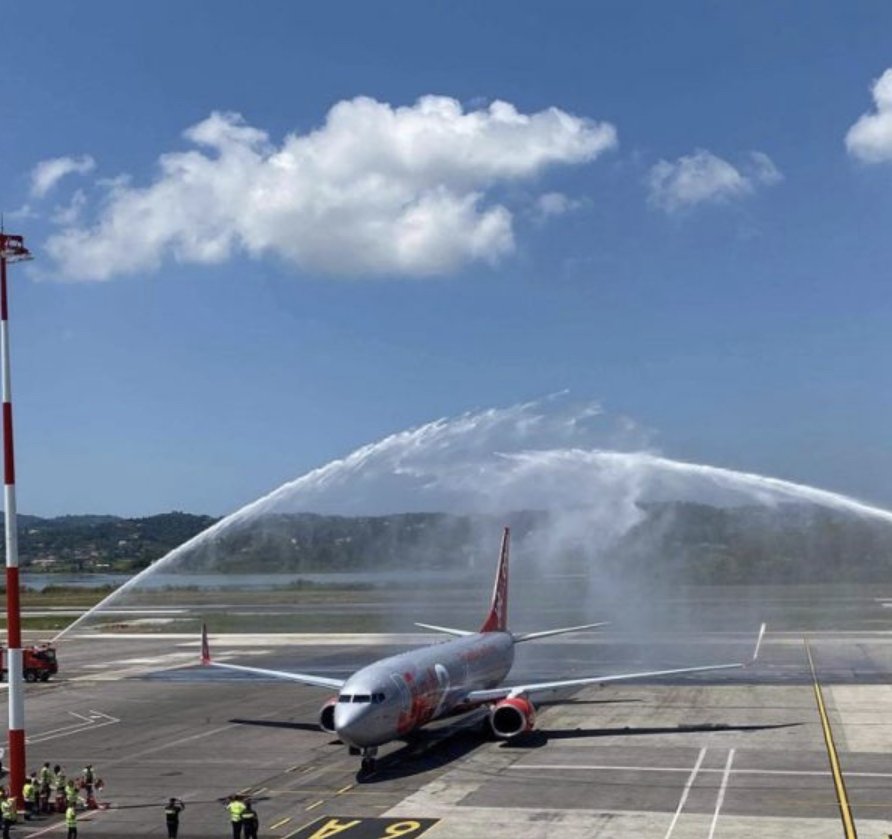 The only scheduled flight for Wednesday was from Birmingham with about 90 passengers on board. Two more flights from East Midlands and Machester are scheduled to land on Corfu on Thursday.

According to state-run news agency amna, the British tourists were tested on Covid-19 based on the risk indications obtained form the special barcode QR which they received after they completed the Passenger Locator Form (PLF) before their check-in.

A total of 52 flights from UK onboard are scheduled to land at several airports Wednesday and Thursday, including Zakynthos, Crete, Rhodes and Athens.

It is estimated that COVID-19 tests will be carried out to 6,000 British tourists on Wednesday, reports daily ethnos, adding that the rate of positive tests will determine if the borders will remain open to UK. The same was reported by Alpha TV.

The daily notes that according to Greece’s plan almost all tourists arriving in Greece will be checked and if the number (and percentage) of those who are found positive is low, that is limited to less than 30-40 cases, the Greece will remain open to the UK’s tourism market.

“However, if things turn out differently and the confirmed cases are much higher, then the government is determined to close the border again, considering that the cost of the risk of coronavirus spread is far more important than any benefits from the tourism, in a year that is considered a a lost tourism year and with a fairly reduced turnover, ethnos reports.