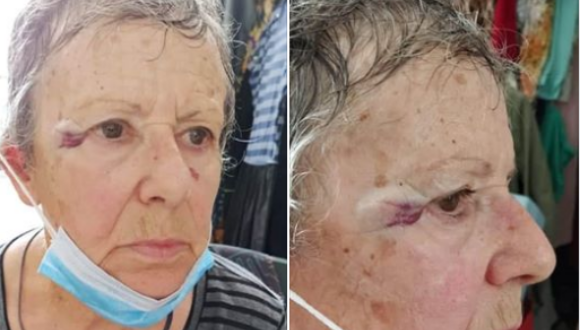 A priest punched and injured an elderly woman for feeding stray cats near the church he was serving. The victim filed a lawsuit against her abuser.

She denounced the unprecedented act of violence to a local animal welfare society that published the incident.

The woman complained that she was punched by the priest inside the church Agios.Rafail in Vathi by Avlida, East Attica, when she went to provide with food and water the stray cats around the church.

The Animal Welfare Group of Chalkida, posted about the incident and uploaded pictures of the injured woman on social and informed local media. The victim has been frequently taking care of the cats there.

In its post of Facebook, the Group sharply criticized the priest writing among others “you, priests, who respect neither animals nor humans, you don’t deserve to preach in a church.”

The Association clarified that it was referring only to this specific priest who injured the woman and not to all priests in general.

In comments, supporters of the priest lashed out at the Animal Welfare Association. They claimed that they were eyewitnesses to the incident, but nobody actually explained what had happened.

According to local media eviazoom, the victim filed a lawsuit against the priest.