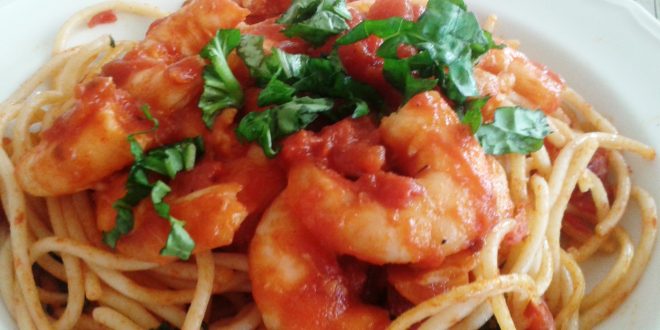 A restaurant owner in Greece has come up with the perfect way of dealing with social media “influencers” scrounging for food in exchange of ‘tagging” and “publicity”.”>

In the days following the reopening of restaurants in England, there were several reports of social media “influencers” trying to get free meals in exchange for publicity via their accounts.

Of course, influencers do this all the time, but a lot of people were surprised they’d try to pull the same stunt with food outlets that are struggling to stay afloat.

The same happened also in Greece, where a restaurant on an island found an original way to challenge the “influencers” seeking free meals in exchange for publicity.

The story has been originally shared on Twitter by @UnBassador whose family has a restaurant on a island of Kos. 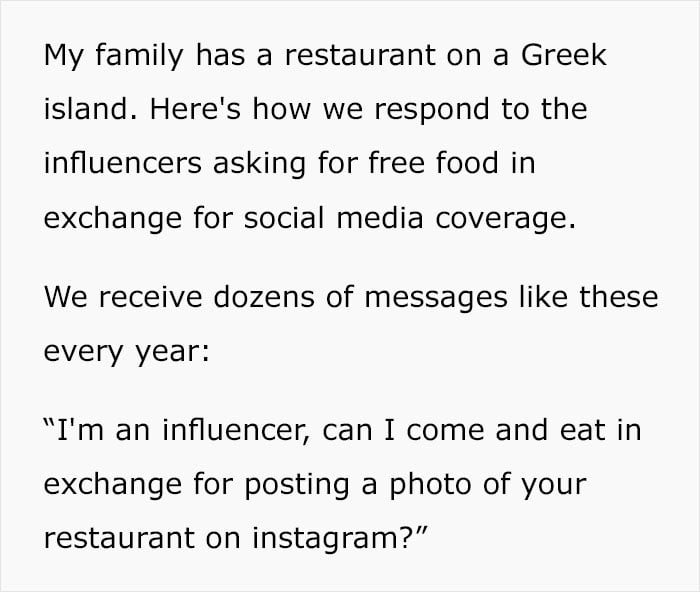 They get dozens of messages messages like this from the aforementioned influencers. 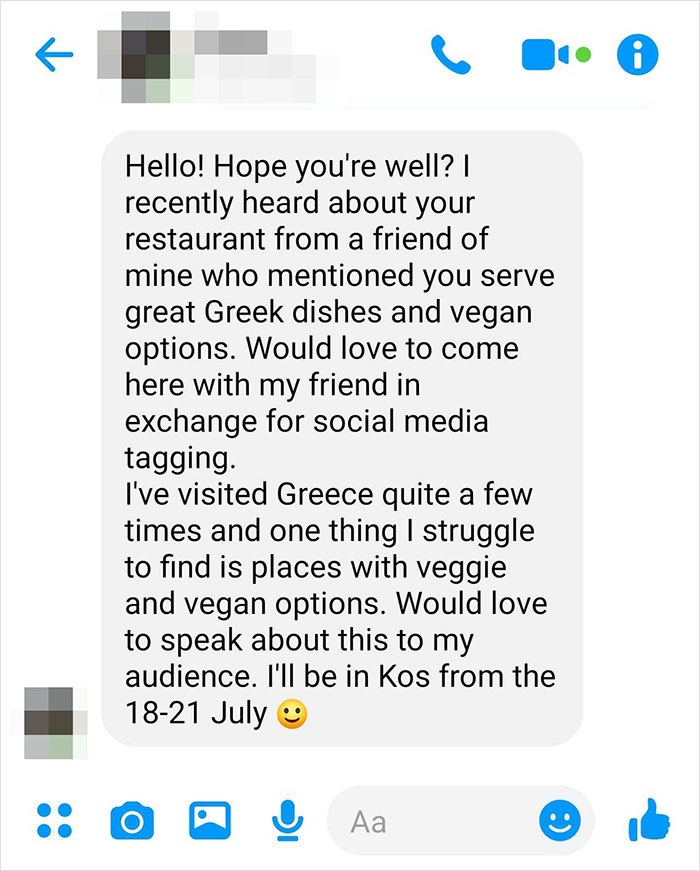 The owners of the Greek restaurant responded: 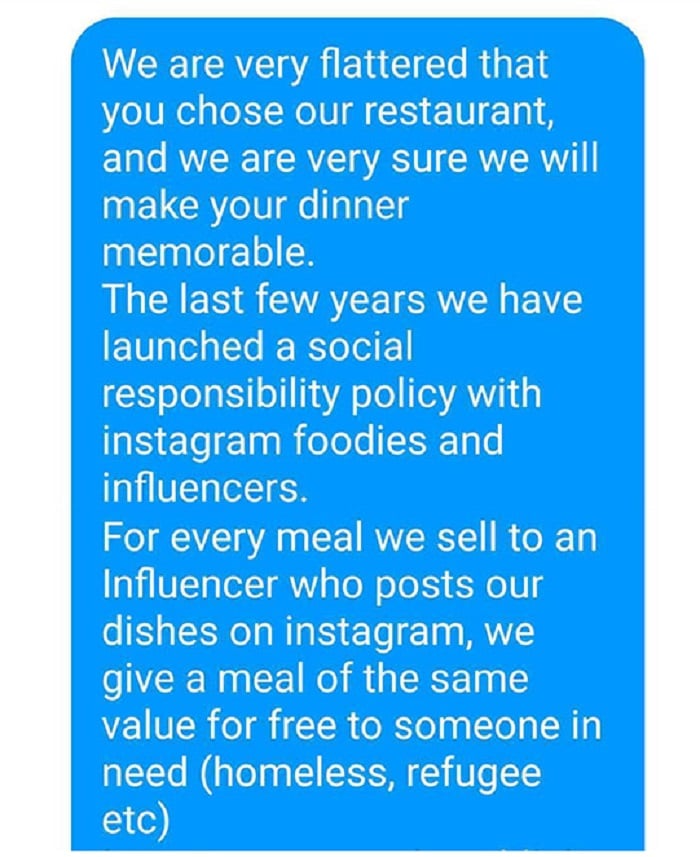 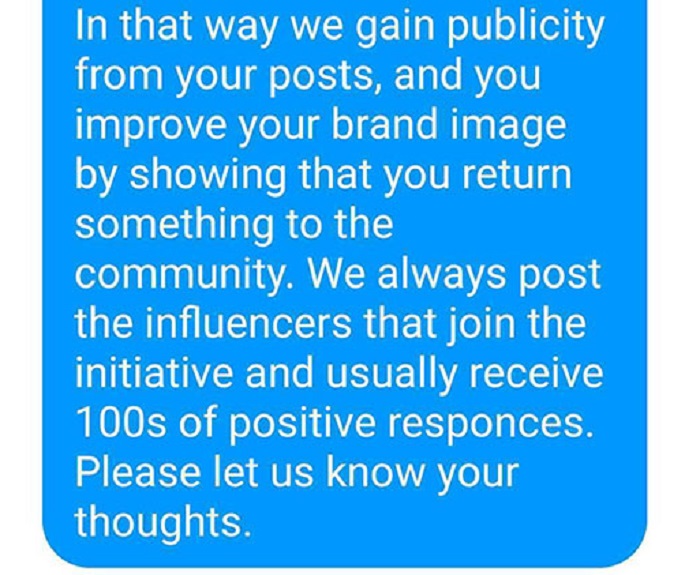 How many influencers took the offered deal? 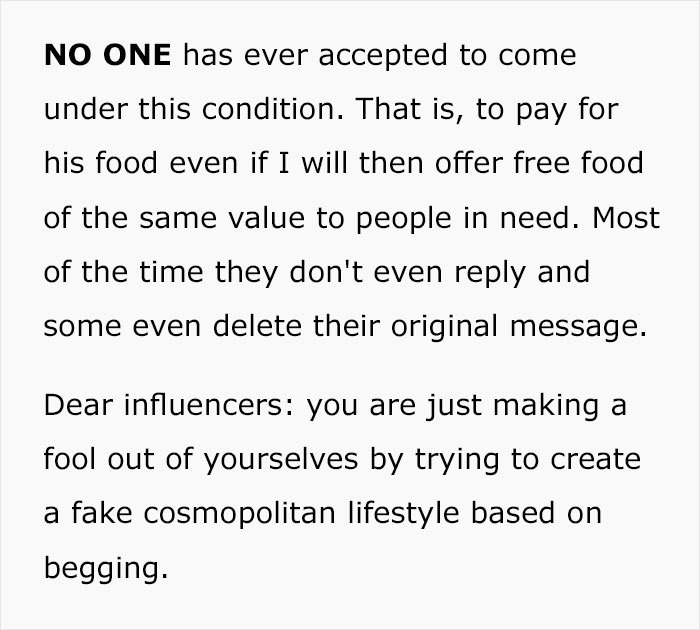 The story made it to ThePokeUk and to reddit.

What is interesting that quite a few Greeks, among them shop owners or hairdressers, commented on Unbassador‘s tweet that they have been receiving similar offers by people who come to their shops and want to have for free from cloths to accessories, cosmetics and haircut, promising them ‘publicity of social media.’