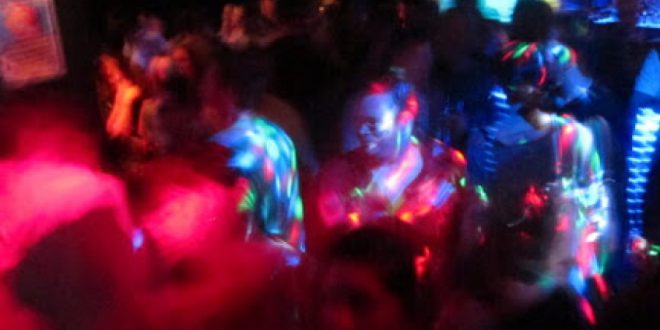 August 16, 2020 CORONAVIRUS, FEATURED Comments Off on Bar owners arrested and fined on Greek islands for operating after midnight 8,053 Views

Six business owners were arrested on the Ionian islands and fines worth several thousands euros were imposed because they operated their bars and restaurants beyond the midnight curfew.

Among those arrested on Saturday, were two facility owners on the island of Corfu and one on Paxos. Each one was fined 10,000 euros, the operation of facilities was for three days.

Other business owners on Corfu and Zakynthos were also arrested, were fined with 3,000-10,000 euros and had their stores suspended 3-15 days for similar reasons including crowding of people.

Smaller fines of 150 euros were imposed on 25 store owners on the silands of Corfu and Kefalonia for the non-use of mandatory mask.

Last week, the government ordered the closure of bars. clubs, cafeterias, restaurants, tavernas and souvlaki grills by midnight as a means to contain the spread of the coronavirus that seems to be riding on the second wave after a successful dealing with the pandemic in spring. The measure is implemented in 16 regional units and municipalities, among them Athens and Attica, Thessaloniki and many touristic destinations such as Zakynthos and Mykonos.

Owners of such businesses complain as the measure is implemented amid the peak of the Greek tourism season, while the foreign arrivals do not come in originally expected numbers.

“You can’t take a unilateral decision and shut down the island the following day, at midnight,” bar owner Stavros Grimplas told the associated press.

“Everyone has come (to Mykonos) to eat their food, to entertain themselves, swim in the sea. At this moment, we are fooling them. We told them ‘come to Greece’ and Greece has shut down,” a clearly frustrated Grimplas continued.

When Prime Minister Kyriakos Mitsotakis officially declared the tourist season open on June 13, he had said that “there is no risk-free approach.”

Back then, there were 3,112 confirmed coronavirus cases, with 183 deaths. As of Saturday, the total cases were at 6,858, with most of the new ones coming in August, and 226 deaths.

On Saturday afternoon, beaches were quite crowded. After the midnight closing time, large crowds of people were milling around in the town center, many with beers they had bought from a kiosk.

According to associated press, owners on Mykonos have signed an angry letter accusing the government of wanting “to render us mere spectators of the destruction of our businesses.” They also demanded to know the data that prompted that decision and asked why the government is not stopping the “illegal parties … that will blow up the pandemic.”

The so-called “private” parties have been held in isolated villas around the island, violating all possible coronavirus measures including tax evasion..

Also on the islands of Paros and Antiparos, business owners wonder about the implementation of half-curfew, as the number of coronavirus cases that ‘forced’ such measures were not made public by the health authorities or the government.