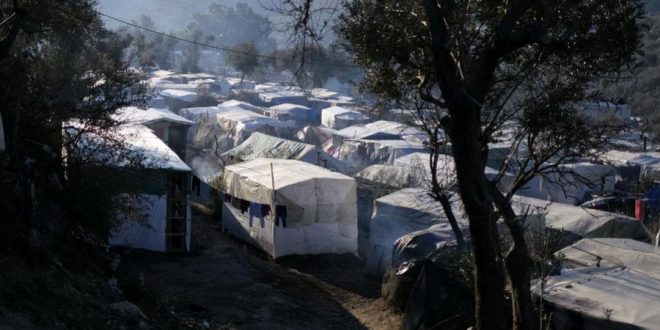 health authorities have confirmed 17 coronavirus cases at the hotspot of Moria, Migration and Asylum Minister Notis Mitarakis announced on Tuesday morning. In the last three days, teams from National Health Care Organization (EODY)have received samples from 2,000 refugees and asylum-seekers and so far the test results form 1,600 are out.

The refugees tested positive for the virus are placed in isolation in a special area, while the entire camp has been placed in quarantine since last Wednesday.

Greece has registered at least nine cases of coronavirus in the overcrowded migrant camp of Moria on the island of Lesvos, state broadcaster ERT reported on Monday. Teams form the National Health Care Organization (EODY) have already concluded some 1,000 checks on people in connection with the “patient zero” who was tested positive last week.

The checks are in progress and there is possibility that the number of infections in the Moria camp will rise as tracking of contacts of the 9 new cases is about to start, ERT notes.

Patient Zero, a recognized refugee from Somalia, is not among the nine confirmed cases.

The 40-year-old man had traveled and stayed some time in Athens in July and August and then returned to Moria camp where he developed symptoms. He was staying in a tent outside the camp in the surrounding olive grove area.

When the man was tested positive, authorities placed the camp under 14-day quarantine.

The Moria camp currently hosts 12,800 people, with the majority of them living in the olive grove.

Due to the living conditions, it is hard for the refugees and migrants to keep up with social distancing and hygiene required to contain the coronavirus.