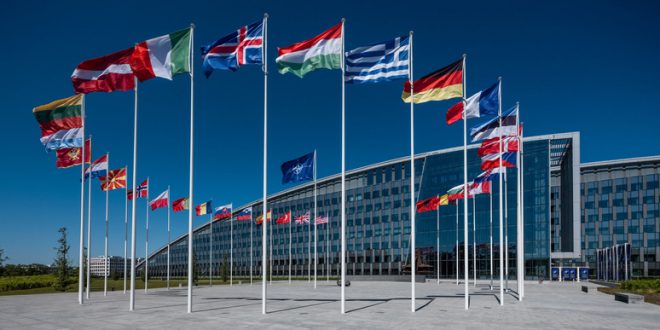 Talks between Greek and Turkish officials at the headquarters of NATO on how to avoid military escalation in the eastern Mediterranean have been postponed by two days to Sept. 10, Turkish Defense Ministry sources said on Tuesday without explaining the reason. However, the postponement came after Greece requested the NATO Council to convey on Wednesday, where it will put on the table the withdrawal of the Turkish seismic vessel Oruc Reis and the warhsips from the Greek continental shelf.

The meeting between the “technical military delegations” was supposed to be held on Tuesday but it was delayed following a request by the alliance’s military committee, the Turkish sources said.

Citing government sources, onalert.gr reports that Greece will request the withdrawal of the Turkish seismic vessel Oruc Reis and the warships accompanying it from the Greek continental shelf.

The North Atlantic Council of NATO, consists of the Ambassadors of the member countries accredited to the Alliance.

This move by Greece led to the postponement of the meeting between the military delegations of the two countries.

Greece is attending the North Atlantic Council meeting with one goal: to reiterate in every tone that a precondition for any talks between the two sides is the de-escalation of tension in the Eastern Mediterranean.

“This de-escalation can not be achieved otherwise than through initiatives by the one who caused the escalation, namely Turkey. This includes the request for the departure of Oruc Reis and its entourage,” onelrt stressed citing government sources.

NATO Secretary General Jens Stoltenberg said last week that the two NATO member had agreed to talks to avoid accidents amid an escalating dispute over the extent of their continental shelves and rival claims to potential energy reserves in the Mediterranean.