Breaking News
Home / FEATURED / The Seville Map that challenges Turkey, Greece, US and the EU 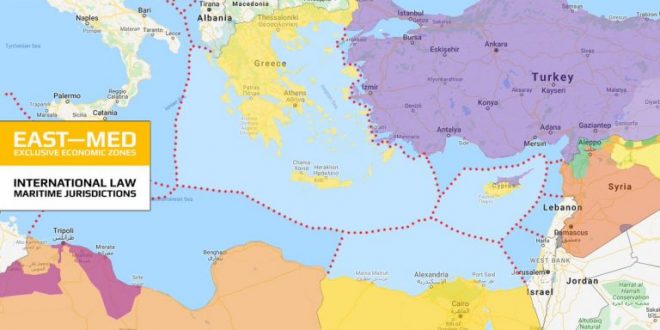 The Seville Map that challenges Turkey, Greece, US and the EU

The United States does not consider the so-called “Seville Map” as “legally bounded” the US Embassy in Ankara said late on Monday. The Embassy was reportedly commending to Turkish media reports and recent statements by Foreign Minister Mevlut Cavusoglu. The map is claimed to delineate maritime boundaries in the Eastern Mediterranean and outline the Greek and Cypriot exclusive economic zones and is based on a study conducted by the University of Seville in 2000.

There has been much commentary in the Turkish press regarding the so-called “Seville Map”… pic.twitter.com/cCw6yYJ1Md

“Maritime boundaries are for the states concerned to resolve by agreement on the basis of international law. The United States strongly supports good faith dialogue and negotiation and encourages Greece and Turkey to resume exploratory talks as soon as possible,” the Embassy added.

what is the Seville Map?

This map depicts the delimitation of the continental shelf of Greece and Cyprus, according to the provisions of the Law of the Sea.

The map was created in 2003 by the University of Seville, following a mandate from the European Commission reportedly for the implementation of the Law of the Sea and the marine environmental protection in the Mediterranean Sea.

As the United Nations Convention on the Law of the Sea (UNCLOS) stipulates that the islands have a coastal zone and an Exclusive Economic Zone, the Map of Seville delimits the EEZ in Kastellorizo, allowing a connection between the Greek and Cypriot EEZs.

The map in question, prepared by professors Juan Luis Suarez de Vivero and Juan Carlos Rodríguez Mateos of the University of Seville at the Human Geography Department in 2003, suggests that Greece’s boundaries in the Aegean and Mediterranean seas, its continental shelf and the exclusive economic zone (EEZ) declared by the Greek Cypriot administration in 2004 indicate the official borders of the EU.

The Spanish study was conducted on behalf of the European Commission that wanted to know the maritime boundaries and the Mediterranean maritime jurisdictions, the exclusive economic zones of the bloc’s member states. Based of EU documents, KTG understands that the aim of the study was the Protection of Mediterranean Marine Environment.

KTG also understands that Greece submitted a map based on hypothetical 12 nautical miles that it could extend according to the International Law of the Sea in the early 1990’s, and beyond that. Its jurisdictions area included the EEZ and is reaching to the one of Cyprus.

With a Law in 2011 – Maniatis Law -, the Greek government stated that

“In the absence of a demarcation agreement with neighboring states whose coasts are adjacent or opposite to the Greek coasts, the outer boundary of the continental shelf and the Exclusive Economic Zone (after it has been declared), is the middle line, each point of which is equidistant from the nearest points of the baselines (both continental and insular) from which the width of the coastal zone is measured.”

This was submitted also the United Nations. 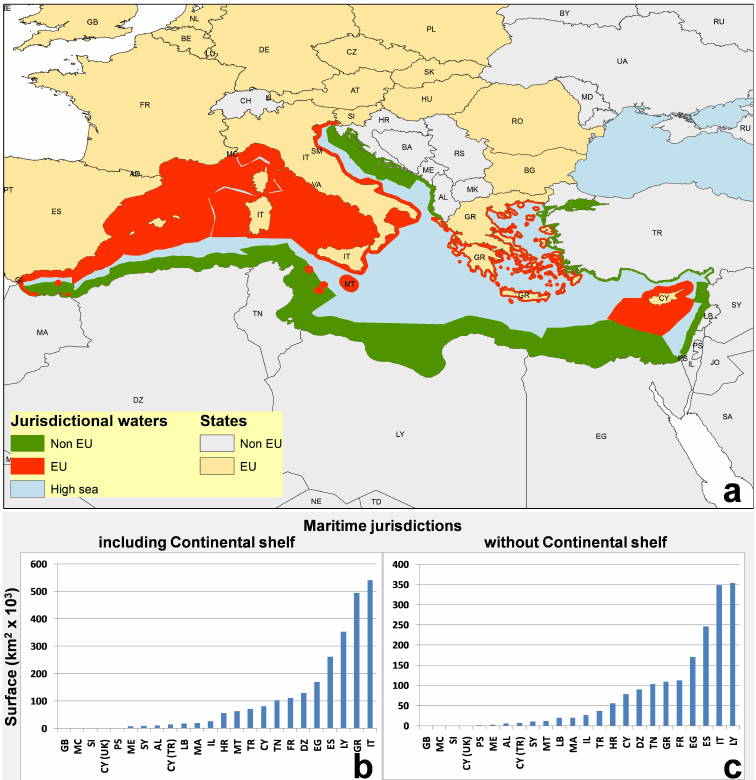 Turkey sees a plot behind the map

According to recent media reports, Ankara sees in the Seville Map a “plot to cut Turkey from the Mediterranean Sea and the Aegean” and thus orchestrated by the EU and the USA. It revived the “Seville Map” claiming that it limits Turkey’s rights to its territorial waters except from the Gulf of Antalya. Last week, Turkish FM Mevlut Cavusoglu said during an interview with CNN Türk that negotiations wouldn’t be possible based on the Seville Map.

“They told us, ‘Would you temporarily send the [seismic research] ship to the non-problematic area? We wondered what they meant. The triangle area [Gulf of Antalya]. How can you say that? Do you know what this means? This means accepting the nonsensical Seville Map,” he noted.

“Greece must state that it doesn’t accept this map. As long as this map exists, we can’t solve this. There won’t be negotiations either. You can’t achieve results without negotiations.” he added.

According to Ankara, “the Seville Map claims that the Greek continental shelf starts from the island of Kastellorizo (Megisti-Meis) and goes south to the middle of the Mediterranean Sea, which gives Turkey no territory beyond the Gulf of Antalya.”

Turkey has been claiming that Greece’s islands near its West coast but even Crete do not have continental shelf but only territorial waters as they are “much too far away from the Greek mainland.”

Based on the International Law of the Sea, the official Greek position is that all islands generate EEZ.
The Seville map is based on this position.

The Seville Map is not an official EU document but just a study conducted by an external institution.

Some Greeks on social media are in outrage against the USA for “taking posiiton in favor of Turkey” as they claim.

So far, there is no official statement by the Greek Foreign Ministry on they post by the US Embassy in Ankara.

There is also no reaction by the European Commission.

Tags Greece Seville Map Turkey what is it? US EMbassy