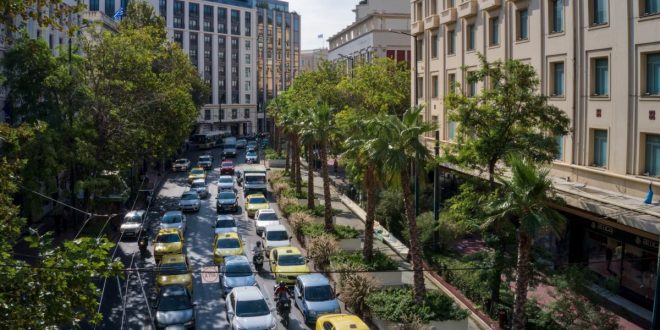 Greece’s top court, the Council of State annulled the joint ministerial decision that defined traffic regulations for the Athens Great Walk as “due to COVID-19.” The decision exposes Mayor Costa Bakogiannis and his project he described as “temporary” thus for a cost of 2 million euros.

The CoS ruled that there was no causal link between the protection of public health from the coronavirus pandemic and the traffic regulations imposed by the Ministers of Civil Protection, Health, Interior and Infrastructure, following a decision by the Municipality of Athens to implement the “Great Walk Project.”

The Joint Ministerial followed a Great Walk decision by the Athens Municipality and was justifying the imposition of “temporary traffic measures and regulations in the area of ​​downtown Athens to address the risk of spreading the Covid-19.”

In its ruling published on October 6, the CoS rejected “the pretentious invocation of the risk of the pandemic” saying that “the measures adopted by the joint ministerial decision, although it explicitly states that they were taken on the basis of compelling public health reasons aimed at reducing the risk of spreading the coronavirus, do not in fact constitute measures restricting the free movement of persons means of transport, ie for the purpose of immediate and urgent need to avoid the risk of the disease and to limit its spread, but are purely traffic regulations, within the meaning of the Traffic Regulations Code.”

Worth noting that late September, Bakogiannis admitted to media that the Great Walk project did not work as it should and claimed that it was a Project with “temporary interventions in downtown Athens.”

Fact is that the Council of State ruling is a loud slap to the mayor of Athens and indirectly to the ministers but also a great relief for the thousands of Athenians who had to spend hours in endless traffic jams waiting for municipality teams to paint pedestrian and bicycle zones, plant palm trees in metal containers and decrease traffic lanes in one of the busiest avenues in the center of Athens or block crucial downtown streets for the sake of a less than a handful of tourists who happened to find themselves in Greek capital in times of the coronavirus crisis.

At the same time, the Mayor of Athens is exposed for “the temporary” – thus unnecessary – waste of 2 million euros for his childish Athens Great Walk Project.that ultimately resembled a Lego Land construction.

The ruling is also an important decision to all those who believe that they can invoke the “pandemic for any irrelevant reason,” thus insulting the dozens of dead and their families as well as the hundreds who gasp for a breath in the hospitals ICUs.

PS I got so angry recently, as we were stuck in a huge traffic jam outside the Athens Stadium, just because the “tourists walk road” was completely blocked to vehicles. Reason? Unknown. 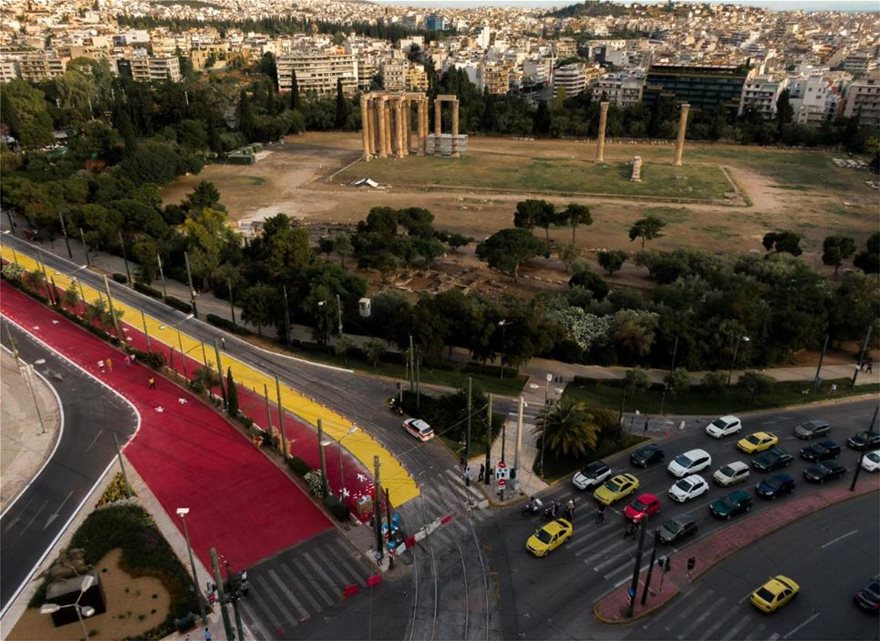 The road was connecting the Temple of Olympian Zeus to the Stadium was completely blocked to traffic, we and with us hundreds of motorists could not escape the jam on Arditou Avenue. We needed more than 20 minutes to drive 1 km. No, there was no comfort to see a “tourist family” walking on the blocked road that has bright sidewalks anyway and since …ever.