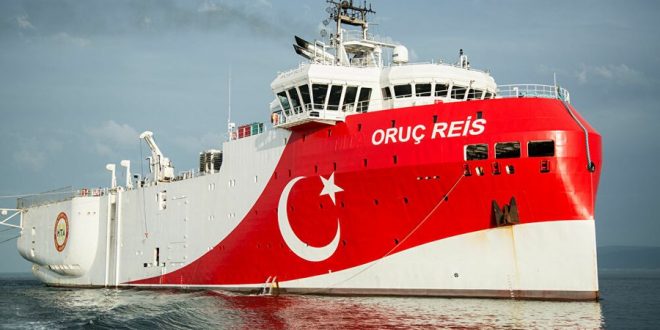 October 15, 2020 Politics, World Comments Off on France and Germany give Turkey “one week deadline” to clarify its position 2,049 Views

France and Germany accused Turkey on Thursday of continuing to provoke the European Union with its actions in the Eastern Mediterranean, and gave it a week to clarify its positions.

“It’s clear to us that Turkey is permanently carrying out provocative acts which are unacceptable,” France’s Foreign Minister Jean-Yves Le Drian told a news conference alongside his German and Polish counterparts. He said the ball was in Ankara’s court, but that the European Union was ready to change the balance of power if Turkey didn’t return to dialogue.

German Foreign Minister Heiko Maas said Turkey’s decision to send the vessel back to the Mediterranean was “inadmissible.”

Asked about the possibility of bringing forward EU sanctions, Maas said the bloc would wait a week to decide how to react.

“It’s been twice that expected discussions have not taken place and we don’t know when they will happen,” he said. “We must wait to see if there is progress in a week and then we’ll see what attitude needs to be adopted by the EU.”

Maas was apparently speaking about the resuming of  “exploratory contacts” between Greece and Turkey. Had he shown more interest on the issue Germany tries to mediate and read the statements by Greek officials, Maas would have known that long ago, that the position of Athens is clear: No dialogues, contacts etc if Turkey’s continues its provocations and for as long as a Turkish seismic research vessel Orus Reis is in the Greek continental shelf.

Following pressure by Cyprus and Greece the last EU Summit said that it would review sanctions against Turkey in December. that was the “green light” for Erdogan to deploy again the vessel in Greek waters.

PS Anyway, what it looks like a “deadline”, it sounds more like a friendly pat on the shoulder with Berlin urging Ankara to pack the Oruc Reis cables and have it back to the port of Antalya. The German-Turkish historical and economic bond is too strong to break for the sake of Greece or any other “partner” of Berlin in the EU.