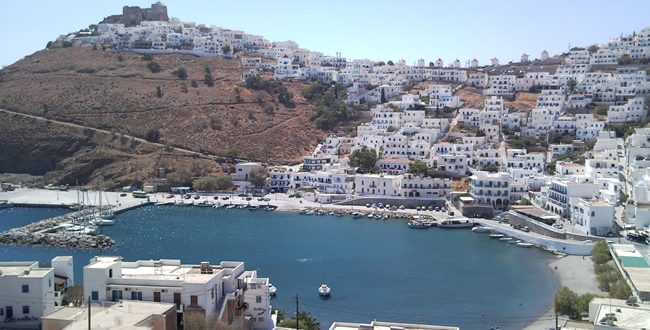 Volkswagen to turn Astypalaia into a “green energy island”

Volkswagen has chosen Astypalaia for a major green energy innovative investment project that will bring energy independence to the island of 1,334 residents in the south-eastern Aegean Sea.

Volkswagen’s Green & Sustainable Island project will be broken down into stages that include the replacement of all public transport with electric vehicles, the provision of generous incentives – besides those already offered by the government – for the replacement of the islanders’ vehicles with electric ones, and the development of an electricity production unit that will be carbon neutral, covering the entire set of the island’s power requirements.

This will be followed by a pilot program for the autonomous use of electric vehicles on the island.

Volswagen will be testing its own series of electric cars, including buses and trucks, and will build a large network of charging stations for electric vehicles across the island.

I would like to thank Herbert Diess and the @VWGroup for choosing Astypalea for this ambitious project, and for giving Greece's growth prospects a vote of confidence. I am certain this is the beginning of a close and mutually beneficial cooperation. pic.twitter.com/NVJbEzofTY

At the presentation of the memorandum of cooperation “Smart and Sustainable Island” with Volkswagen AG, Prime Minister Kyriakos Mitsotakis said that “Volkswagen’s decision to come to Greece for the implementation of this project constitutes a vote of confidence in Greece’s growth prospects but also the seriousness of this government, its ability to put into action a complex project.”

He added that the island of Astypalaia can and will become a model of sustainable growth, not only on a national but also on a European and international level, adding that it can be an example of how small communities  can benefit by finding new solutions to address old problems.

Last February, media reported that Volkswagen had chosen the island of Thasos in northern Greece, for this project.