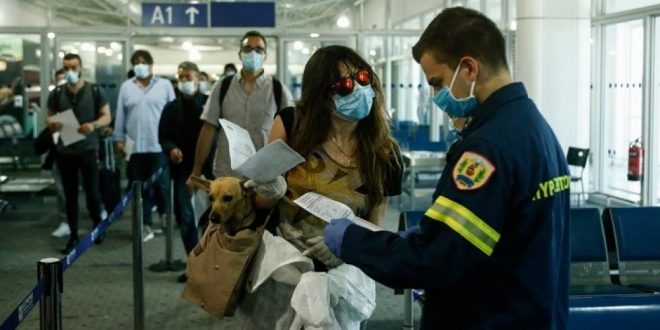 The International Air Transport Association (IATA) has called on the Greek government to cut the cost of PCR Covid-19 tests for travellers and establish a new independent regulatory authority for civil aviation as part of a package of measures to save the aviation, travel and tourism jobs in the country.

The Greek government’s decision in the summer to conduct targeted tests of arriving passengers and not impose a quarantine resulted in the country having a lower percentage fall in ticket sales (-58%) in July and August compared to similar tourist markets such as France (-81%), Italy (-81%), Spain (-85%) Portugal (-81%) and Cyprus (-82%).

“It’s clear that Greece saw a benefit from its testing policy in the summer. But for air travel and tourism to truly recover, two things are essential. First, Greece should look to cut the cost of testing. The current PCR test is adding a significant cost to air travel to Greece,” said Rafael Schvartzman, IATA’s Regional Vice President for Europe during an online conference organized by IATA on Wednesday.

“Subsidized tests or a move to rapid antigen tests would reduce costs and stimulate demand. Second, Greece must push for EU-wide cooperation for a common travel protocol that replaces quarantine with systematic testing of passengers,” he added.

He also urged the Greek government to support all efforts for a common travel protocol and promote a pre-flight Covid-19 testing program “to save aviation, travel and tourism jobs in Greece,” according to an IATA press release.

It also noted that to avoid the destruction of jobs and economic and social opportunities, a framework of financial, operational and regulatory support is required from governments until the industry can get back on its feet.

“Establishing an effective, independent regulator to resolve challenges concerning air traffic control, delays, capacity, airport charges and other problems has been a longstanding request of the entire aviation sector in Greece,” Schvartzman said.

“Nevertheless, the draft law is still pending. The sooner the law is enacted, the sooner strong foundations for the future success of air connectivity for Greece can be built.”

The impact of COVID-19 on air travel demand to Greece so far has been severe. IATA estimates that more than 30 million fewer passengers will fly to and from Greece in 2020, a reduction of around 61% compared to 2019.

This fall will negatively impact the Greek economy by 10 billion euros and puts more than 273,000 jobs at risk.

The “Leading Greece into a New Aviation Reality” conference organized by IATA  fyeatured contributions by IATA experts and was attended by the ministers of Tourism and Transport as well as the deputy health minister and several officials from air transport authorities and Greek airlines.

PS I wouldn’t know how Greece can cut the PCR test cost when it now allows international travelers only with a negative test carried out 72 hours prior to arrival in the country.

Can somebody enlighten us?