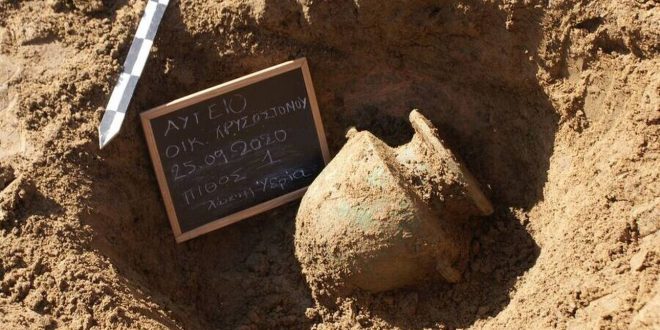 Eight ancient Greek tombs were discovered in a land plot in Ilia, south Peloponnese, the Culture Ministry announced on Monday.

The tombs of various types were discovered and investigated during a recent rescue excavation by the Ephorate of Antiquities of Ilia on a privately owned land plot at the location “Droubes or Paliabela” within the Municipality of Ilida, the Regional Unit of Ilia. 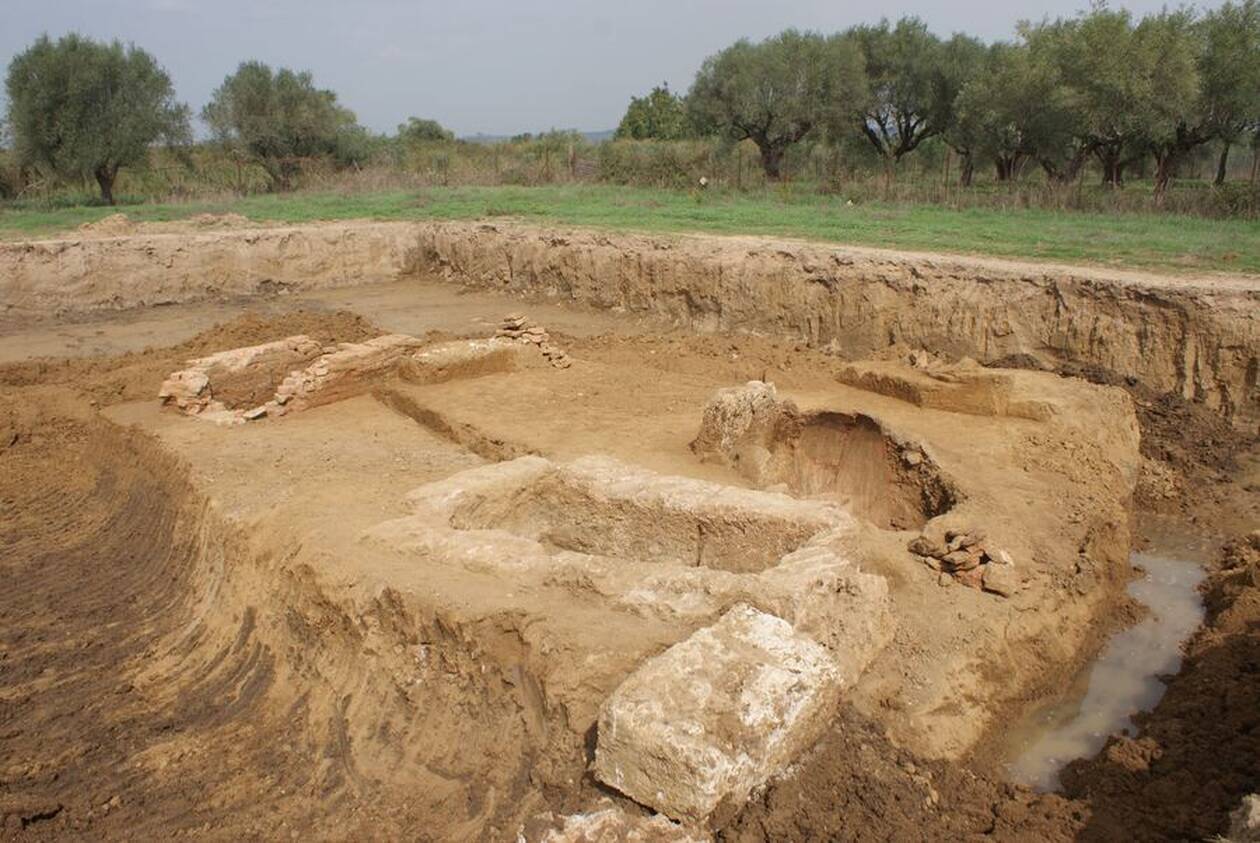 According to preliminary examination of the offerings, the tombs are dated from the end of the 4th to the 2nd century BC.

These tombs are part of the western necropolis of the ancient city of Ilida, from which more than 200 tombs dating to the late classical and Hellenistic period have been excavated to date.

“Particularly important are the findings of burial pit 1, including a bronze urn with its base, which has a floral decoration on the handles and lion heads at the junction of the handles with the rim and a bronze folding mirror,” the Ministry said.

From the first assessment of the offerings, the burial pit dates to the end of the 4th to the beginning of the 3rd century BC. 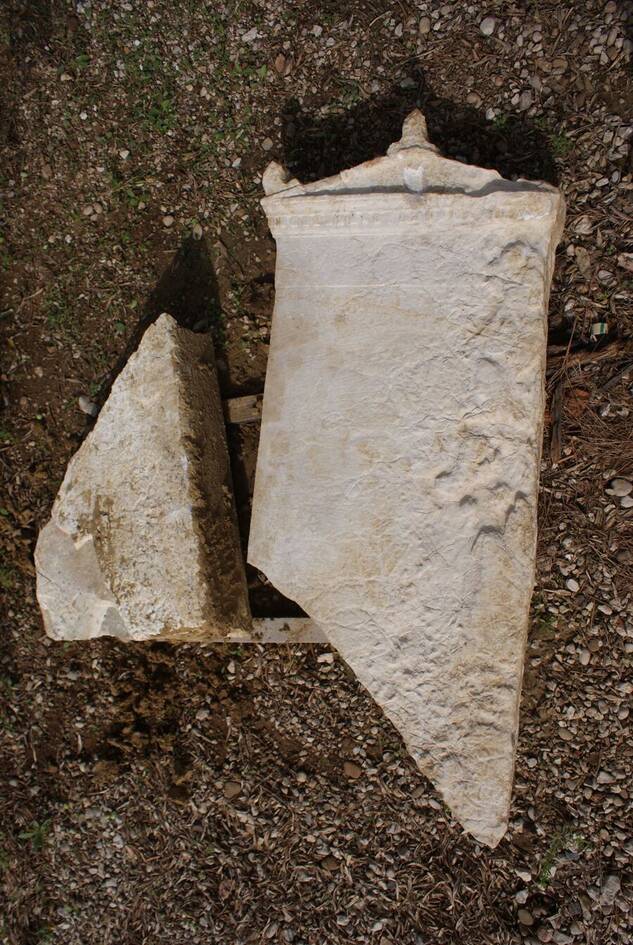 Apart from the large number of vessels from the Hellenistic period, mainly from the findings of the other tombs, a marble tombstone with a gabled crown stands out”, the Culture Ministry said.