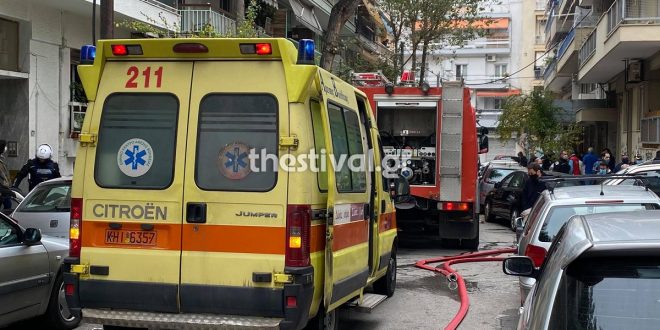 Teenager boy with disabilities dies in apartment fire in Thessaloniki

December 1, 2020 Social Comments Off on Teenager boy with disabilities dies in apartment fire in Thessaloniki 868 Views

Α teenager boy with physical disabilities found a horrible death in a fire in an apartment in Thessaloniki on Tuesday. Firefighters recovered the body of the 16-year-old boy with disabilities that prevented him from leaving the room and escape the fire.

According to initial investigations, firefighters suspect that the fire was caused by a faulty electric radiator used by the teenager to warm his bedroom.

At the time of the fire, the boy was at home with his two younger siblings,a 13-year-old girl and a 6=year-old boy who were following online classes for school.

The father was at home, while the mother left a day earlier for Albania for her mother’s funeral.

According to local media, the children were being looked after by an aunt who had gone to the apartment to bring lunch to the children short after the fire started.

The aunt managed to get the two younger children out of the apartment and tried to get help for the disabled boy whose room was in flames and full of smoke.

12  firefighters with four trucks managed to evacuate the building and bring the blaze under control.

They reportedly rescued a woman and a minor age child from another apartment.

The aunt suffered slight burn injuries on the head.