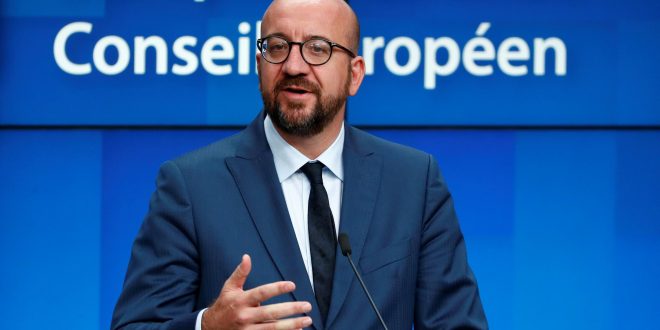 The European Union and Turkey must stop the “game of cat and mouse,” European Council President Charles Michel said on Friday. EU “members will weigh sanctions against Turkey,” he added. Michel’s statement came as Turkey withdrew for one more time the exploration vessel Oruc Reis from “disputed waters” ahead of an EU summit on December 10 that is set to discuss possible sanctions on Turkey.

“In October, we defined a positive agenda, we reached out our hand,” Michel said.

Michel added that in October the EU was ready to intensify cooperation with Turkey in different areas, including economy, energy and migration, under the condition that Turkey stop “unilateral provocations and hostile rhetoric” as well as violations of international law.

He stated that the union has concluded that the circumstances have not changed since then and that it will be the subject of a meeting next week.

Michel noted that the EU wants “more stable and predictable” relations with Turkey, but that it is ready to employ “means at its disposal” in the absence of “significantly positive” developments in the current situation.