December 27, 2020 FEATURED, Greece, Politics Comments Off on Presidential Decree on extension of territorial waters in Ionian Sea in force 1,859 Views

The Presidential Decree on the closure of the bays and the marking of straight baselines in the Ionian Sea region and the Ionian Islands up to Cape Tainaro in the Peloponnese came into force on Sunday after it was published in the official gazette. The publishing is one more step towards the extension of Greece’s territorial waters in the Ionian Sea to 12 nautical miles. 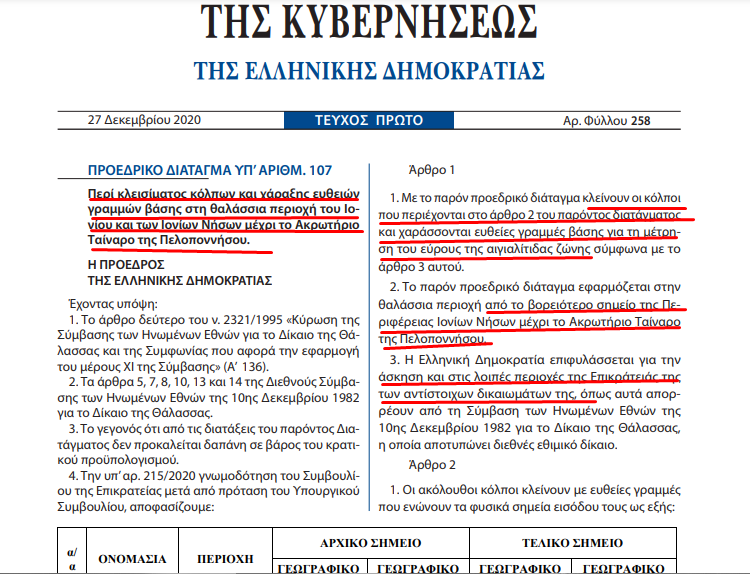 The Presidential Decree was issued in implementation of the ratifying law of the 1982 United Nations Convention on the Law of the Sea. It is a necessary step for the process of expanding the coastal zone of the country in the above area, an action which is, according to the Convention, an inalienable right of the country, the Greek Foreign Ministry said in a statement.

The Presidential Decree points out that Greece reserves the right to exercise its respective rights in the other regions of its Territory, as they derive from the Convention on the Law of the Sea, which reflects customary international law.

The publishing of the Presidential Decree in the official gazette is an  important and the penultimate step for the extension of the Greek territorial waters to 12 nautical miles in the Ionian Sea down to Tainaron Cape and will be soon a Law.