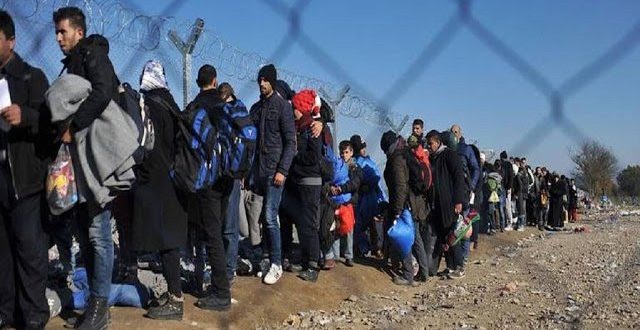 Migration Ministry requests EU for return of 1,450 foreigners back to Turkey

January 14, 2021 Greece, Politics Comments Off on Migration Ministry requests EU for return of 1,450 foreigners back to Turkey 733 Views

Greece’s Migration and Asylum Ministry announced that it has submitted a request to the European Commission and the EU border agency Frontex for the immediate return of 1,450 foreigners who are not entitled to international protection to Turkey, based on the EU-Turkey Statement.

Greece has requested the return to Turkey of 955 foreigners who entered the country from Turkey and are now on the island Lesvos, while another 180 are on Chios, 128 on Samos and 187 on Kos.

Their application for asylum has been rejected and they need to return, based on the EU-Turkey Statement.

In the first two months of 2020, there were a total of 139 returns to Turkey, while the return process has stopped since March 15, 2020, when Turkey cited the additional difficulties caused by the outbreak of the coronavirus pandemic.

Ten months later, the ministry said, “the rapid screening procedures for coronavirus in Greece and the significant acceleration of the asylum application process, have created the appropriate conditions for the resumption of the safe return of those foreigners who are not entitled to international protection and came to Greece from Turkey.”

In a statement, Migration Minister Notis Mitarakis pointed out that “we expect the neighboring country to step up its efforts under the Joint Statement: first, to prevent the passage of boats departing from its shores to our country. Secondly, to accept the returns on the basis of the EU-Turkey Statement, but also of the bilateral readmission agreements.”

The Minister stressed that “Europe needs is to establish a common mechanism in the new Migration and Asylum Pact, as well as the necessary legal tools for returns. And to fortify, in this way, the countries of first reception against uncontrolled migration flows, but also the action of trafficking networks.”