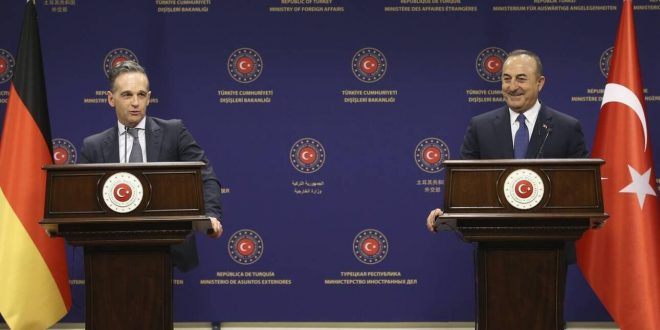 Maas “was either lost in translation or mute,” Bakoyannis said characteristically.

Speaking at the Plenary of the Greek Parliament, Bakoyannis said that Heiko Maas “should explain to us how the direct threat against Greece was lost in the translation. Did he not understand it in the translation or did he understand it and remained silent? If he understood, we have the right to say that this cannot be a partner position within the EU. It is not possible that a country outside the EU is threatening a country in the EU and the Foreign Minister does not respond, Bakoyannis said.

She added “I want to hope that because Turkish is a difficult language, the translation had gaps. If this is not the case, however, Greece has the right to strongly express its dissatisfaction.”

Dora Bakoyannis, who is the sister of the Prime Minister, was certainly also expressing also the point of view of Kyriakos Mitsotakis. She called on Foreign Minister Nikos Dendias to ask Heiko Maas for explanations.

At the joint press conference in Ankara on Monday, Turkish FM Cavusoglu threatened::

“Greece should not be influenced by other countries and conduct [military] exercises wherever it wants and take any other steps. Otherwise we will not only have an accident, but we will do what we have to do.”

“If Greece insists on not cooperating, then the responsibility of any tension between the two countries will be on Athens’ shoulders,” he added.

Cavusoglu also -and for one more time – challenged Greek territorial rights and noted regarding the continental shelf of the island of Kastellorizo “Greece claims sea space for an island that is 2 km away from Turkey.”

He also claimed that the members of the Muslim minority in Thrace “should be called Turks.”

Spineless Maas said that the issues dividing Turkey and EU members Greece and Cyprus are “complex but not unsolvable,” and expressed confidence that the two sides will be able to overcome what he described as a “difficult situation” in 2020.

Cavusoglu insisted that Turkey is ready to start talks with Greece on January 25, but accused Athens of torpedoing the process.