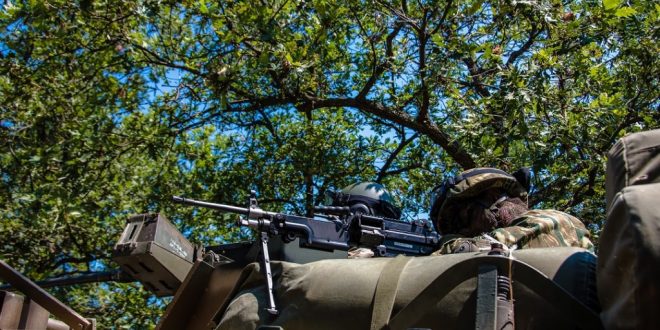 Greece has decided to increase the mandatory military service from 9 to 12 months, Defense Minister Nikos Panagiotopoulos announced on Thursday. The increase refers to conscripts in the Land Forces but not those already doing their military service. The increase will go into force from May, he said.

The decision was taken at today’s meeting of the Highest Military and Foreign Affairs Council under the Prime Minister.

Exceptions to the rule, with a term of nine months, will be the full term employees who serve in specific units of the three Armed Forces with special operational and geographical characteristics, provided that they remain there for the entire term.

For probationary reserve officers of the Army, Navy and Air Force, the term of office shall be set at seventeen and fourteen months, respectively.

The ministerial decision will be issued in the near future.

The new regulations will enter into force in May and do not concern those who are already serving their term, the minister clarified.

He recalled that this ministerial decision is part of the Prime Minister’s announcements, regarding the overall upgrade of the Armed Forces in means and personnel, in order to solve the problems from the declining performance of the classes to conscripts.

It is recalled that in the general context of upgrading the Armed Forces to personnel the increase in the number of students admitted to all military schools of officers and non-commissioned officers has already be announced.