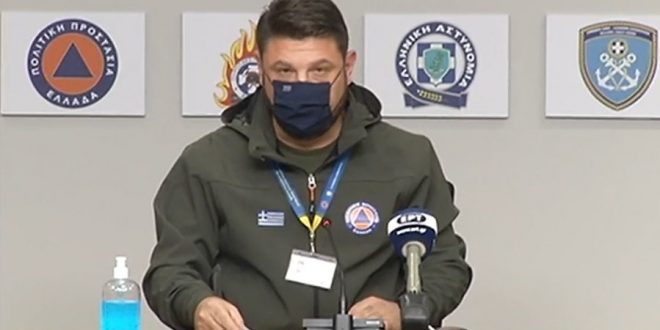 Head of Civil Protection and deputy Minister Nikos Hardalias announced on Friday evening tougher lockdown measures for the regional unit of Attica and Athens as well as for several municipalities including two Cyclades islands due to increased epidemiological load.

At the same time, he urged residents of two regional units in Peloponnese one Ionian island and Crete to comply with the protection measures, warning they could be next to be placed in tougher lockdown.

The tougher lockdown comes as new cases surged to 941 on Friday with the majority of them in Attica.

Regional units and municipalities in tougher lockdown as of 06:00 a.m. Saturday, January 30, 2021 until February 8:

– The epidemiological picture of the Municipality of Acharnes (Attica/Athens), which has been in the regime of additional restrictive measures since January 15, causes special concern. Instead of a decrease, there is an increase in active cases, which from 171 on January 15 have reached 188.

Measures in “red areas” in addition to those as in the nationwide lockdown in low risk areas that remains in force:

Only Gymnasiums will operate (from February 1), Lyceums with distance learning

Up to 9 people are allowed in places of worship during religious services.

Hairdressers, barbers, nails salons and bookstores only with appointment.

Nikos Hardalias called on residents of the Municipalities of Volos and Riga Fereou ans well as those in the Regional Units of Zakynthos, Corinth and Ilia to observe the lockdown restrictions and protection measures “as there has been increased epidemiological load in recent days.”

He also called for increased vigilance residents on the island of Crete “due to detection of mutated strains of the virus in the area.” 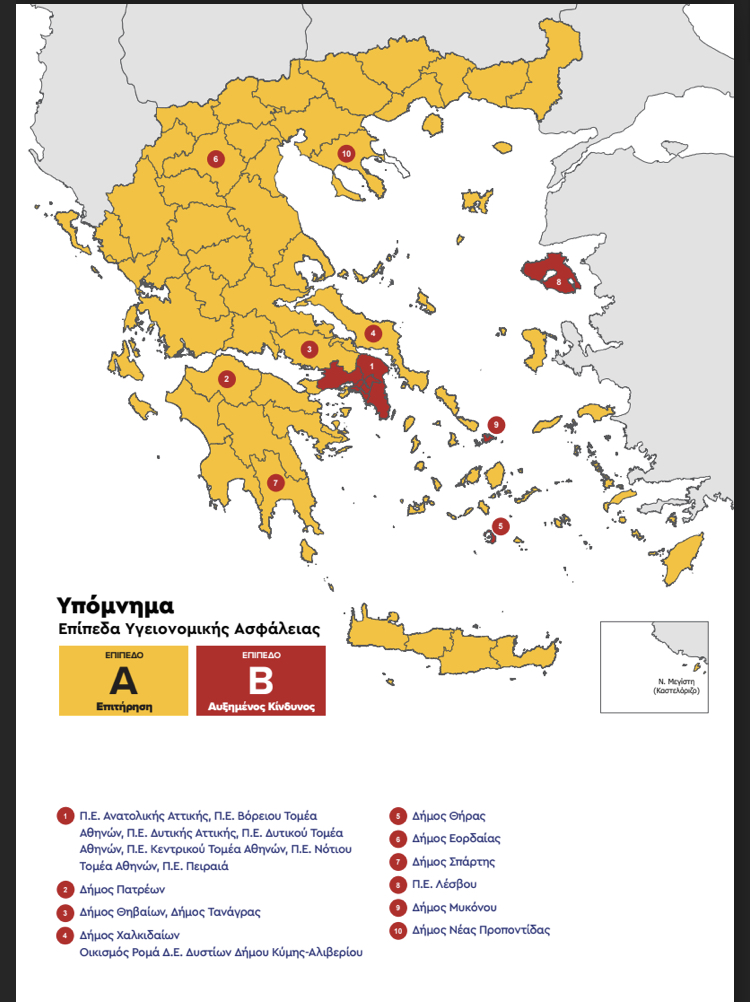 In “yellow” regions, that is low risk areas (not red!) the same lockdown restrictions and protection measures as until today, Jan 29, remain in force.

There, Gymnasiums and Lyceums will open again on Monday, February 1, 2021, as well as OPAP gambling shops.

No official statement at the Civil Protection website yet.