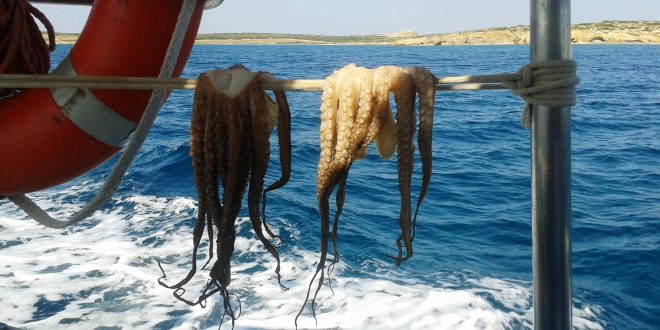 The Greek government plans to proceed with mass vaccinations in order to create Covid-free islands in the Aegean and Ionian Sea and open the country to tourists, According to media reports, the Covid-free islands for the safe start of the tourism season will be ready by Easter, on May 2, 2021.

According to a report by newspaper Ta Nea, the Covid-free islands plan is currently being working out with the aim to safely open the tourism season.

Until the beginning of the week, 320 “vaccination missions” had been carried out exclusively on islands residents with the assistance of the Greek Armed Forces in charge of the supply chain.

Vaccinations are “horizontal”, which means independent of age group, and in the first phase will be carried out in a total of 40 smal islands with less than 1,000 permanent residents, like in the case of Kastellorizo and Thymaina, both in the East Aegean Sea.

The country is in a state of pandemic, however, according to information obtained by Ta Nea, the government wants all the islanders to be vaccinated within the next two months, even if in large islands, such as Crete or Rhodes and Corfu, vaccinations will be “pending.”

Just a few days ago, Secretary General of Primary Health Care, Marios Themistokleous, said that according to the plan, by the end of April, “all the inhabitants of the islands will have been vaccinated, with the possible exception of the big islands.”

Thoughts focus first on “opening” more prioritization groups so that, regardless of the pace in the rest of the country, more mass vaccination of islanders with fewer missions is organized. Secondly, more vaccination centers are to be opened mainly on islands, where low rates or malfunctions are observed, as reported in Lemnos and the Dodecanese. And third, the government’s intention is to vaccinate the entire “front line” of the tourism industry in early summer.

According to Ta Nea information, the burden of planning is currently falling on areas with up to 15,000 inhabitants, such as the Cyclades islands, for which there is consideration to have vaccinated the different age groups “more quickly”[than in the rest of the country].

The main aim is to have people younger than 64 inoculated and give “top priority to residents of the islands, despite the temperature requirements for the Pfizer vaccine, the newspaper notes adding that the government has said that “one million doses are expected in April.”.

Citing the Prime Minister, Kyriakos Mitsotakis, Ta Nea notes “it is clear that greater availability of vaccines will lead to a revision of the priority criteria, most likely from May.” The PM has spoken of “other factors besides health, more political or more economic.”

The government seeks to run the procedures for the introduction of the digital vaccination certificate in order to open “express lanes” for vaccinated travelers even in May.