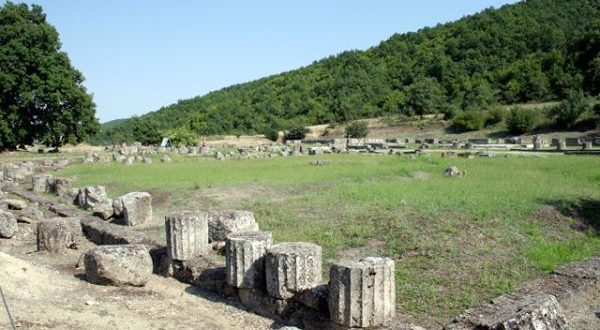 After long consultation of Greek epidemiologists with government officials and several leakages to the press regarding the gradual lockdown lifting, head of Civil Protection Nikos Hardalias finally announced relaxation of some restrictions.

However, some of the lifted lockdown restrictions are bound to other restrictions that make them practically non-existing for large parts of the society.

Curfew is shorten across the country for all through the week and is valid from 9 p.m. until 5 a.m. This goes in force from Saturday, March 20,2021.

Hairdressers and nail salons open with the usual protection measures on Monday, March 22. In an announcement on Saturday, authorities said citizens can change municipality for these two services, send SMS <6> to 13033.

Archaeological sites open as well, maximum 3 people or more if families. Mask mandatory. SMS <6>, however, you can reach it only on foot or bicycle.

Hobby fishing is allowed but the fishermen has to go to the sea or his boot only on foot/bicycle. SMS <6>

SMS <6>. personal exercise: In force remains the restriction that citizens are not allowed to use vehicle/motocycle to reach a green facility or the sea.

Greek Orthodox Cathedrals will open for the faithful (1 person per 25 sq.m.) on three major religious days this month: March 21, March 25 and March 26.

At the same live briefing, state minister Aris Skertsos said that “free rapid tests will be available in pharmacies as of end of March.. Citizens will be able to carry out the test at home.

He did not say, though, how and where the positive among these tests will be registered.

Skertsos urged citizens to go out for “fresh air” because an infections increase caused due to “informal meetings at homes” has been recorded.

PS At least on Twitter, dozens of Greeks reacted furiously not only because the minister used the pandemic live-briefing for political reasons and sent a long “pre-election message” to citizens and attacked the main opposition party.

Greeks got furious also because the whole week, the government has been leaking to media “more relaxation of the restrictions” and on Friday the only effective change was the “shortened curfew.”

The opening of archaeological sites and allowing hobby fishing affects only a very small part of the population across the country that happens to live near the sea or a site.

Average citizens who live far away from a green facility or a lake or the sea are deprived of this “fresh air” the gov’t had in mind.

At the same time, it allows the faithful to go to churches and even receive the Holy Communion where a spoon is used by dozens.

With this announcements today it has been confirmed that the Government has no idea how to deal with the issue and just takes measure with no practical effect.

Check with latest information on coronavirus in Greece here.