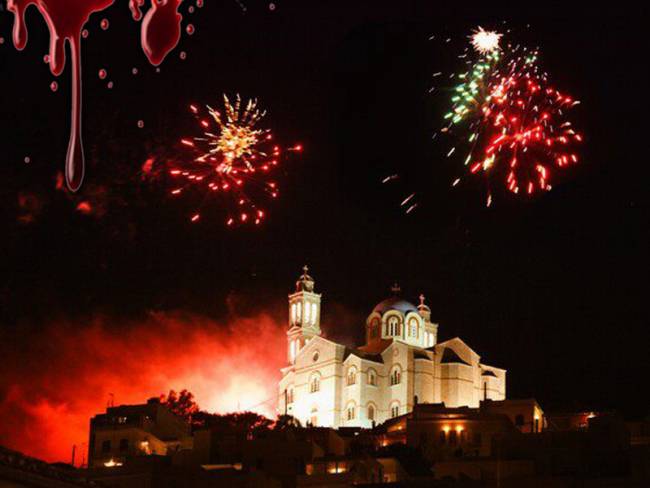 Gov’t plans to allow travel between regions over Easter holidays

As the vaccination program proceeds and self-tests keep arriving in the country, the Greek government is considering to allow travel between regional units during the Easter holidays. Government ministers make the one or the other – yet – ‘vague’ statement on the issue, and leak to media the possible preconditions under which millions of lockdown-ridden Greeks could enjoy the traditional “Easter in the village.”

However, apart from the Greek Easter tradition, many Greeks are eager for the movement restriction lifting as they have not seen their families for some six months.

According to the scenarios, the government is preparing a plan where self-tests will enable movement between regions for the biggest Greek Orthodox Feast, the Easter, on May 2.

One proposal reportedly foresees that those traveling to another region will have to provide a negative self-test carried out up to 48 hours before. The negative result should be shown to authorities doing random checks at highway toll stations.

Another proposal under consideration speaks of allowing traveling only between regional units that are at the same level of epidemiological load.

However, allowing traveling between regions presupposes the opening of restaurants and hotels/accommodation facilities, one would assume, as not every Greek has a second home in a village or the countryside.

Yet, Development Minister Adonis Georgiadis reiterated on Tuesday morning that restaurants for seated customers and only outdoors will open after Easter.

State Minister Giorgos Gerapetritis said  “we are close to freedom even if it is too early to speak about the Easter [holidays]. Reality is that we have two very big weapons, the vaccines and the self-tests,” while another state minister Aris Skertsos said that by Easter “2 million people will have been inoculated with at least one dose.”

The course of the 3rd pandemic wave, the number of infections and intubated patients in next ten days are reportedly crucial for opening or not regional borders.

What is interesting is that all scenarios speak for traveling by land and not by sea. It should be recalled that while inter-municipality movement over weekends for ‘personal exercise’ is allowed by car, it is not allowed by ferry or ship.

And what is even more interesting is that tourists have already started arriving in the country, although officially Greece will open its gates on May 14.