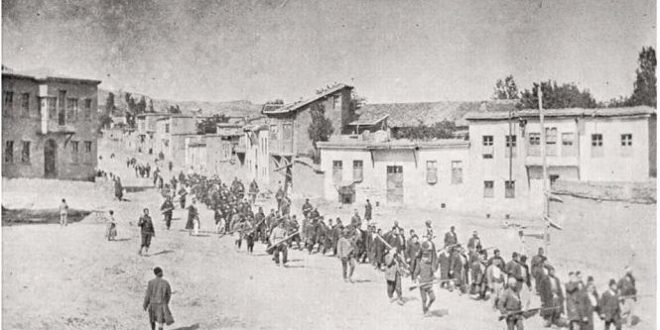 U.S. President Joe Biden on Saturday recognized the Armenian Genocide. The highly symbolic recognition coincides with Armenian Genocide Remembrance Day and comes 106 years after the beginning of the mass deportation of Armenians by the Ottoman Empire, which led to the deaths of up to 1.5 million people.

“The American people honor all those Armenians who perished in the genocide that began 106 years ago today.” Biden said in a statement.

“Over the decades Armenian immigrants have enriched the United States in countless ways, but they have never forgotten the tragic history … We honor their story. We see that pain. We affirm the history. We do this not to cast blame but to ensure that what happened is never repeated,” Biden said.

Biden’s declaration follows a non-binding resolution by the U.S. Senate adopted unanimously in 2019 recognizing the killings as genocide.

For decades, measures recognizing the Armenian genocide stalled in the U.S. Congress and U.S. presidents have refrained from calling it that, stymied by concerns about relations with Turkey and intense lobbying by Ankara.

Turkey accepts that many Armenians living in the Ottoman Empire were killed in clashes with Ottoman forces between 1915 and 1923, but contests the figures and denies the killings were systematically orchestrated and constitute a genocide.

We have nothing to learn from anybody on our own past. Political opportunism is the greatest betrayal to peace and justice.

We entirely reject this statement based solely on populism.#1915Events

Speaking to Turkish media earlier he had warned that the Recognition would harm US-Turkish ties.

The United States is now part of a group of 30 countries that have recognized the Armenian genocide, according to the Armenian National Institute.

With information also from Reuters.