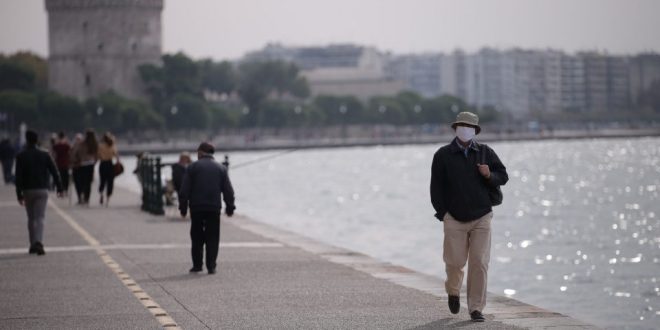 The presence of the SARS-CoV-2 virus has shot up in the northeastern Greece and shown signs of going down in Thessaloniki, but also in the capital, the latest wastewater analysis report has shown.

According to the April 19-25 study presented by National Organization for Public Health’s (EODY) on Tuesday, the viral load has risen 156% in Alexandroupoli and 63% in Xanthi and Thrace compared with the previous testing period on April 12-18. The western port city of Patra is also being closely watched after showing an increase of 35%.

On the upside, the viral load in the northern port city of Thessaloniki eased 21% and 33% in Attica week-on-week, though scientists warn that the prevalence of the virus is still very high in the Greek capital, which has consistently accounted for roughly half the country’s total coronavirus caseload in the past few weeks.

Agios Nikolaos and Rethymno on Crete are causing some concern with an increase in the viral load in their wastewater of 25% and 11% respectively. The news is more promising for the Cretan regions of Hania and Iraklio, but also for Volos in the eastern mainland, where shifts in the presence of the novel coronavirus range from -4% to +10%. [kathimerini]