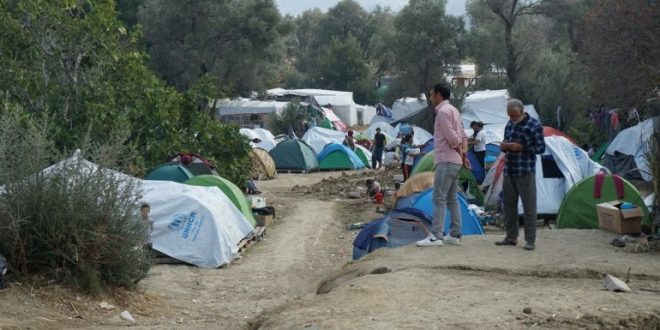 Horror in VIAL refugee camp on the island of Chios: The body of a Somali asylum seeker who died in his tent was discovered Tuesday covered by mice eating his flesh.

According to local media astraparis, the 28-year-old man died in his tent at midnigh from Monday to Tuesday, most likely of pathological reasons.

Tuesday morning, border guards discovered the body of the asylum seeker and were confronted with “a horrible as well as shocking spectacle. The body of the man was covered by hundreds of mice that were eating his flesh.”

Police reportedly ruled out any criminal act, since no such evidence was found.

The man was known to the community and the staff of VIAL, that he was addicted to alcohol.

An autopsy will be performed to determine the exact causes. of his death.

“The living conditions of refugees and immigrants in VIAL are still miserable, despite the daily celebrations of the Minister of Immigration and Asylum Notis Mitarakis for the reduction of the number of residents there. The tragic incident with the death of the 28-year-old man simply confirms the urgent need to immediately improve the living conditions in the facility,” news website astraparis stressed.