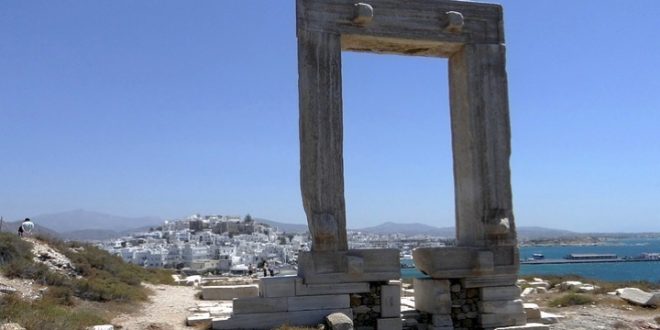 Important international culture and sports events are taking place in May and will enhance the promotion of the enriched Greek tourism product following the official start of the tourist season for 2021, under the auspices of the Greek National Tourism Organisation (GNTO).

According to a GNTO announcement, these are the International Theatre Festival of Milos, the educational programme of the Youth Symphony Orchestra “The Underground Youth Orchestra” (UYO) and the 3rd International Meeting of Advanced Athletics Competitions “Portarathlon” in Naxos.

The International Theatre Festival of Milos is held this year for the third year, from May 15 to June 13, at the ancient theater of the island. The festival is organised by the European Theatre Centre for Young Artists in Paris with the support of the French Institute, in order to promote and strengthen the new generation of documentary and literary production of theatre, as well as local and international dance.

The Underground Youth Orchestra (UYO) was created in 2010 by a group of children who wanted to play music together. The rehearsals started in a basement (hence the name of the orchestra) and from 2018 continue at the Athens Concert Hall. In the first years the concerts had an educational character, but very quickly the music group managed to distinguish itself, to participate in festivals and to give concerts in Athens and other cities of Greece and abroad. Between May 25 and December 31, 2021, UYO has planned a series of educational programmes and performances, such as concerts at the Athens Concert Hall, the Kalamata Dance Hall, the Rematia Festival (Chalandri Attica), masterclasses, etc., with the partnership of leading Greek and foreign conductors and soloists, who promote cultural tourism in Greece and internationally.

Finally, the 3rd International Meeting of Advanced Athletics “Portarathlon”, which is the only meeting of its class in all Southeast Europe and the Mediterranean, will be held at the Municipal Stadium of Naxos next weekend, May 22-23. The event will be attended by decathlon and heptathlon athletes from Greece and many other countries (Italy, USA, Romania, Israel, Bulgaria, Iceland, Finland, Norway, Montenegro, Serbia, Ukraine, India, Netherlands, Czech Republic, Nigeria, Cyprus, etc.). The event is also held under the aegis of the Hellenic Athletics Federation SEGAS.