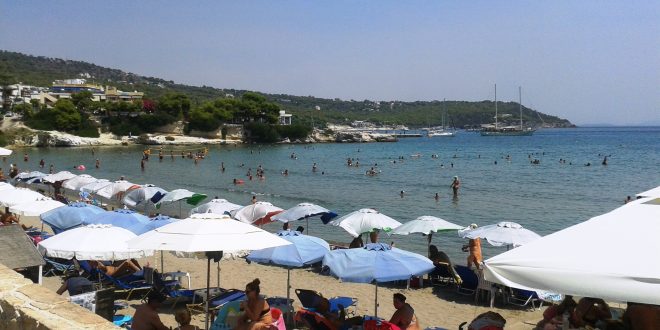 Tourist industry officials and organizations predicted that tourist flows to Greece from abroad will start to pick up significantly from late June or early July onward.

Speaking to state-run news agency amna, deputy president of the Greek hoteliers union Christina Tetradi spoke of a “”nonexistent” May and very few bookings in June, with most hotels having put off their opening until the middle of next month.

Roughly 10 percent of hotels have opened after the official start of the tourism season, Tetradi noted, with most of them waiting until  Greece’s  main markets, which are the UK, Germany, Russia and Scandinavian countries, become clear.

Meanwhile, tour operators were pressing for ever lower prices and their flights were arriving with few passengers on board.

It was essential for Greece to become green on the map of the European Disease Prevention & Protection (ECDC), she emphasized, saying this will be the deciding factor for the last-minute travellers.

She highlighted June 7 as a key date, when the UK will announce whether Greece will go ‘green’ for Britons, meaning that they don’t have to quarantine on their return.

The season has also got off to a slow start on Rhodes, where only 25 of its 650 hotels are now open, while roughly a quarter are open in Heraklion on Crete.

Mayors in smaller island destinations, meanwhile, reported a more hopeful picture and said that the fast vaccination on islands, combined with low cases, have generate confidence, with bookings coming from Greece, France, Germany and Italy, as well as Balkan markets, in July and August.