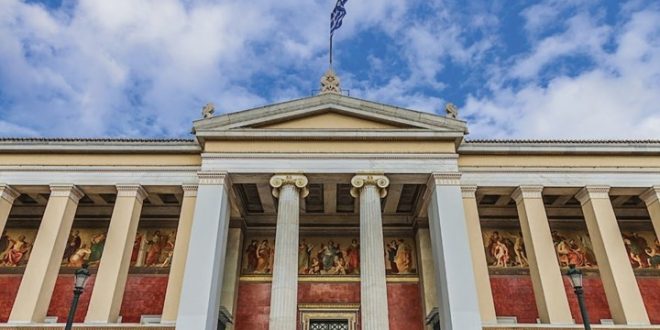 The head of the Athens Prosecutor’s Office has ordered a preliminary investigation in order to prosecute a professor at the the National Kapodistrian Univesity of Athens (EKPA), who allegedly took advantage of his position to sexually harass female students.

Part of the investigation will be, among others, whether he committed the crime against sexual freedom and use of “unlawful violence.”

With a decision of the EKPA Senate, the professor was suspended from his duties, until the competent disciplinary body of the education facility conveys.

A relevant report had been made by the Student Association of the University that requested the removal of the professor at the Department of Communication and Mass Media.

The union had received a series of complaints of sexual harassment but also delinquent and sexist behavior.

According to the complaints, the specific teacher “asked for photos with swimsuits or even selfies on the pretext that identification is needed for some lessons. He also asked students’ pictures at the university. and he also asked for photos at the school.

Furthermore, he did not upload the students’ grades on the e-class website on the internet, thus forcing the female students to go through his office to receive their grades. He has commented on a written work about a students’ bust and this was a prerequisite to pass the lesson.

On Wednesday, students reportedly hurled leaflets outside his office and stuck some of them containing his abusive behavior on his office door.

The complaints, as far as we know as a student association, do not only concern sexual harassment, but also unethical behavior towards students, cases of bullying, as well as towards teachers, the association said

According to media, a graduate of the department even added that against the same professor “there are complaints that have been made 10 years ago, while in the last two years there have been written complaints.”