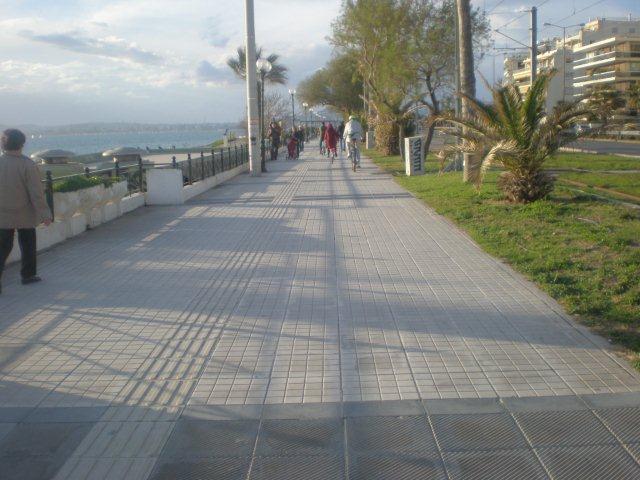 Recreation path for bikers and pedestrians: 70km along the Athens Riviera

June 4, 2021 Very Mix Comments Off on Recreation path for bikers and pedestrians: 70km along the Athens Riviera 1,119 Views

A mega project, a 70-km-long recreation path for bikers and pedestrians from Piraeus to Cape Sounio along the Athens Riviera was announced by Prime Minister Kyriakos Mitsotakis.

The landscape planning of the coastal front of Attica will create a recreational path for pedestrians and bicycle riders alike and improve quality of life in the Athens region, Mitsotakis said on Thursday evening in Glyfada suburb of south Athens..

The PM was speaking of the plans that will develop the coastal front from Piraeus to Sounio, nearly 70km, known as the Athenian Riviera that also include the large-scale of the former Hellinikon airport.

He said he “picked the international day of bicycling to speak of this project” and to show up in Glyfada, “to assure you that the quality of life of citizens in a country with this wonderful weather has great importance for the general prosperity of society.”

The current coast cannot be enjoyed fully, he said, as obstacles break the pathway. He said the government placed great importance on large-scale projects of urban renewal, and cited the examples of the Olympic Stadium facilities (OAKA) and the former royal grounds of Tatoi.

The project will be completed in phases, it has central funding and will follow a central planning, he noted.

The recreation path will pass through several municipalities

The first phase of the project, 22 km Piraeus-Voula, is scheduled to start in July 2021 and end in 2014. And this is the easy part as the landscape is smooth and most of the municipalities along it have already recreation infrastructures.