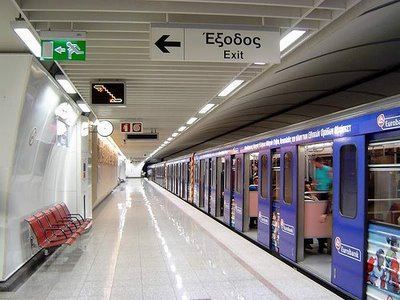 July 7, 2021 Strikes Comments Off on Metro, ISAP workers on strike protesting working conditions like no A/C in summer UPD 559 Views

Metro workers in Athens launch work stoppages on Wednesday protesting their working conditions. The strike affects Metro lines 2 and 3 and Urban train ISAP (Line 1) and will take place from 9 p.m. until the end of the shift.

The unions of ISAP and STASY workers complain about their working conditions that include lack of air-condition in drivers cabins during the summer months, as well as the “exhausting” working hours.

Urban train and metro drivers say they are forced to operate trains in which the air conditioning in the drivers’ cabs is out of order.

Furthermore, they have to work on their breaks without days off, they say.