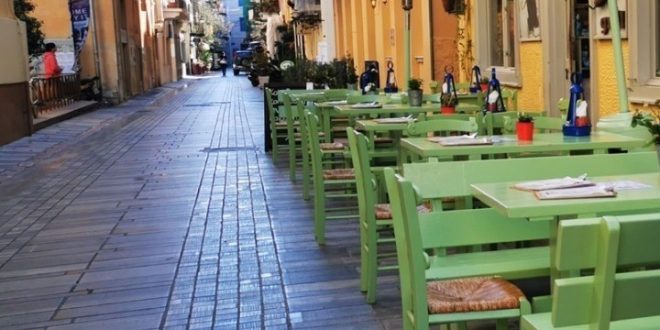 The mandatory vaccination will affect groups of specific professionals such as health workers and seniors care homes personnel.

The operation of indoors spaces of restaurants and entertainment will be allowed after the end of current week, Peloni said.

Scenarios circulating by the media in the last two days speak of changes into the original plans to separate venues into Covid-Free aka for vaccinated and recovered from coronavirus guests and Mix that would include unvacicnated customers.

Given the surge of daily infections in the last days, the government is considering to allow opening of indoor spaces for vaccinated guests only, media claim.

Referring to the course of the pandemic, Peloni said a new surge was evident in many parts of the country, including Attica, Crete and the North Aegean, which mostly affected young people under 34 years old and was especially centered in the 15-24 age groups.

She said that 70% of cases infected with the Delta variant were in people under 40, of which 13% needed hospital care and none of whom had been fully vaccinated.

She emphasized that, while the Delta variant caused a great increase in daily cases, people that are vaccinated are protected and rarely become seriously ill or need to be admitted to hospital.

Peloni reported that 9,230,000 vaccination doses have been administered in Greece, with 5.24 million citizens having had at least one dose and 4.25 million people having fully completed their vaccination.

She said that 70% of people over 60 were now fully vaccinated and that the platform to book voluntary vaccination appointments for ages 15-17 with parental consent will open this week [July 18-20].

Regarding self tests, she said that 51%pct of new cases were detected using self tests and a decision was made to provide free self tests to children aged 12 to 17, given that the new variant mainly affected younger age groups.