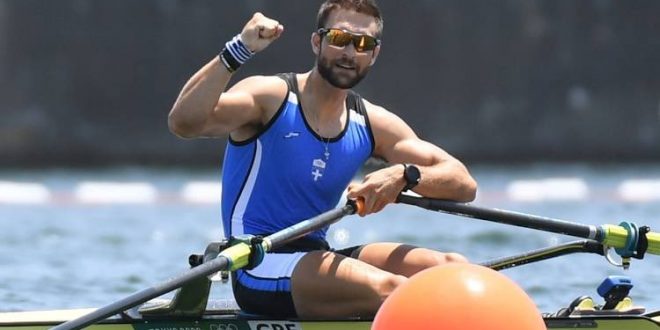 Stefanos Ntouskos won the men’s single sculls and claimed the first medal and thus a Gold one for Greece at the Olympic Games of Tokyo. 24-year-old Ntouskos posted an Olympic best time to win the gold on Friday, as the final day of Olympic rowing got off to a roaring start at Tokyo’s Sea Forest Waterway. 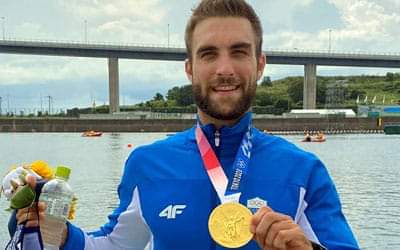 “I can’t believe it. I don’t believe it. Honestly… I don’t! The best race of my career. The weather helped me. I felt very good in the race. My coach told me before the start I will be among the winners. I made a change at the 1000 m and didn’t believe I will make it. At the last 500 m I was saying God, help me.  At the last 100 m I said… Im’g not going tomiss it.” Ntouskos said after the victory.

Ntouskos, who had finished 11th at the 2019 World Championships, upset a stacked field to clinch the men’s event in 6:40.45, taking the lead at the midway point and holding on through the final stretch, as silver medallist Kjetil Borch of Norway and third place finisher Damir Martin of Croatia failed to match his power.

What a performance from Stefanos Ntouskos!

He wins the first ever Olympic rowing gold for #GRE in the men's single sculls.@WorldRowing @HellenicOlympic #Rowing pic.twitter.com/fwOvrIg2b4

Ntouskos switched from a lightweight quadruple sculls boat to the single in 2019, and he said the extra year of training due to the delay caused by the pandemic helped him prepare.

“I was in better shape this year,” said Ntouskos, a native of Ioannina, Epirus.