Breaking News
Home / FEATURED / “I screamed Help! when I didn’t see my husband” says the woman-symbol of Evia fires 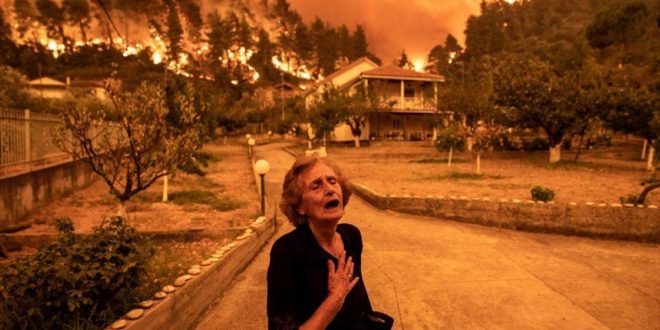 “I screamed Help! when I didn’t see my husband” says the woman-symbol of Evia fires

August 12, 2021 FEATURED, Social Comments Off on “I screamed Help! when I didn’t see my husband” says the woman-symbol of Evia fires 2,400 Views

Panagiota Ritsopi,  81 years old: An elderly woman in black, screaming in agony as the flames swallow the forest and threaten her home. The woman who became the face of the tragedy in Evia. Her picture taken by Konstantinos Tsakalidis became the symbol of the devastation the fires engraved in the souls of the people. 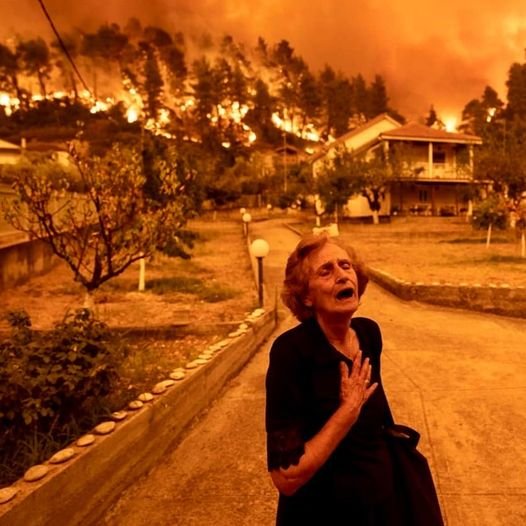 Speaking to Star TV, Panagiotia described the horrifying moments she experienced seeing the flames coming down the mountain swallowing everything in the village Gouves, one of the North Evia villages affected by the fires.

“At that moment the blaze was coming down and my husband was running with the bucket to throw water behind [the house] as the fire was coming. I lost him from my eyes and I shouted “Help! Help!” she described the moment of horrible anguish, the incredible nightmare she felt while she stood there in the yard of her home. fearing about her husband’s life.

“The police, the people, everyone rushed. The whole village is a fist for these things. Indeed, everyone came and helped,” she said as she described the nightmarish moments she experienced last Monday.

“My mind was getting blur. I fainted. Police grabbed me and pushed me in the car,” she recalled.

She added that at the hospital they tried to reassure her by telling her that nothing had happened to the houses and that only the forest had burned.

“Why should the forest burn? Isn’t it a sin? ” she asked and her voice broke.

When asked how she feels that her photo was published all over the world, she stressed with sadness: “I am not interested in this thing. I’m interested in getting up one day and seeing everything as I knew it. I did not want any promotion. What shall I do with it? I’m interested that they show interest in the area. All of Evia has burned down.”