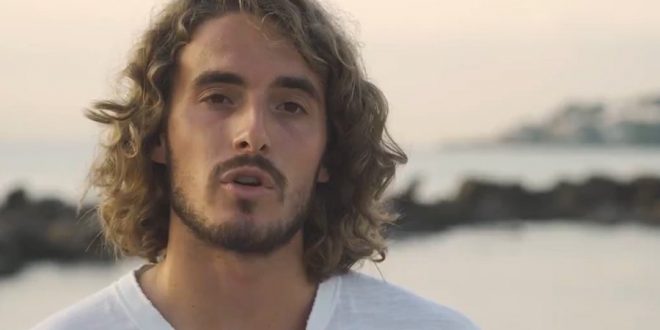 Tsitsipas says he will get Covid-19 vaccine only if mandatory

Tennis star Stefanos Tsitsipas was one of the prominent Greeks appearing in the government’s campaign to promote health rules against Covid.-19. This was last year. This year the World Number Three and role model for many youth stated that he would only get the Covid-19 vaccine if it became mandatory to compete in tennis.

While the men’s ATP Tour has publicly encouraged players to get vaccinated, the 23-year-old Greek is among those who still have reservations.

“No one has told me anything. No one has made it a mandatory thing to be vaccinated,” he told reporters, when asked if he would seek a vaccine while competing in the US.

“At some point I will have to, I’m pretty sure about it, but so far it hasn’t been mandatory to compete, so I haven’t done it, no,” added Tsitsipas, who received a first-round bye in the Masters 1000 tournament in Cincinnati, Reuters reported.

Tsitsipas reached the French Open final in June but suffered a shock, first-round exit at Wimbledon, where he told reporters he found it challenging to live and compete in the Covid-19 “bubble.”

The Covid-19 vaccine has divided opinion within tennis.

World number one Novak Djokovic said in April he hoped the Covid-19 vaccine would not become mandatory for players to compete and has declined to answer questions regarding his own vaccination status.

However, fellow 20-time Grand Slam winners Roger Federer and Rafa Nadal feel athletes need to play their part to get life back to some form of normality. Federer said in May he got vaccinated, Nadal that he was not against the vaccine.

PS As one colleague posted: “It’s Tsitsipas’ right to do whatever he wants with himself as long as he doesn’t harm those around him and doesn’t cheat them behind their back.”

99% of comments on Greek social media are “negative” against Tsitsipas. Particularly disappointed must be the Greek government with one minister to have written “Pity!”

The problem with “young and healthy” Tsitsipas’ decision is that once infected he can spread the virus to those in contact with, including vulnerable people.