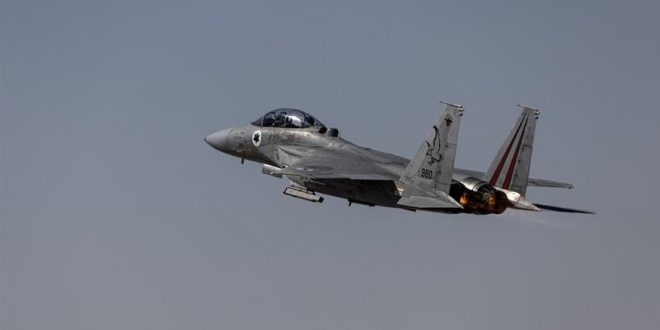 An USAFE F-15E fighter jet was able to land safely at the Larissa Air Base in central Greece after a mishap during a NATO exercise dubbed Operation Castle Ford. According to local media, the F-15E lost its canopy over an unpopulated area of Kozani, western Macedonia and sought permission for emergency landing, local media reported.

Nobody was injured during the incident that occurred on Wednesday.

The F15E Strike Eagle of the 336th Fighter Squadron, 4th Fighter Wing, from Seymour Johnson Air Force Base in North Carolina, “lost its canopy over an unpopulated area in the vicinity of Livadi [village], an official with the United States Air Forces in Europe (USAFE) confirmed in a statement to daily kathimerini.

“The aircraft landed safely at Larissa Air Base, Greece, and no one was injured. The incident was reported to the Hellenic Air Force and is currently under investigation,” the statement added.

“F-15E Strike Eagle aircraft are currently operating out of Larissa Air Base in support of Castle Forge, US Air Forces Europe-Air Forces Africa’s premier Agile Combat Employment exercise that brings NATO allies and components together to demonstrate a credible and reassuring presence in the Black Sea region,” the official said.