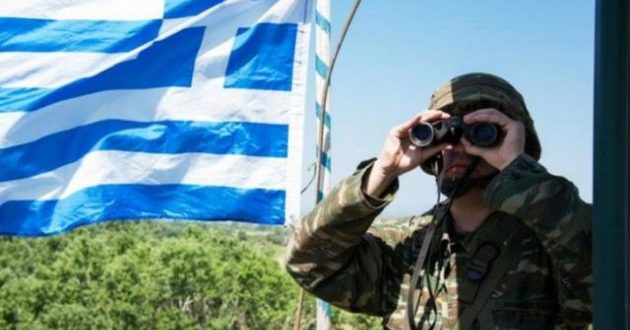 Greece’s General Staff set the Armed Forces on increased readiness and surveillance at the land and sea borders with Turkey on Friday evening. The measure is to understand as “precautionary” following threats by President Recep Tayyip Erdogan a day earlier that he would open the doors for migrants to go to Greece.

In an emergency meeting Friday afternoon, the Chief of General Staff together with the Chiefs of General Staffs of the Land Forces, Air Force and the Navy decided to take “precautionary measures with special emphasis on the surveillance  increase of the land and sea borders, increased readiness as well as the immediate reporting of incidents by the Border Units related to the increase of illegal migration flows,” Greek media report citing military sources.

The measures have been taken also in coordination with the Chiefs of the Hellenic Police and the Hellenic Coast Guard, media add.

During joint statements with Hungarian PM Victor Orban in Ankara, Erdogan personally attacked Greek prime Minister Kyriakos Mitsotakis and accused him of lying regarding migrants. He then proceeded with a direct threat to flood the Greek-Turkish border with migrants, saying that Ankara is unjustly accused of instrumentalization of the migrants.

“It is ungrateful to say that the immigration problem comes from Turkey, a country that hosts almost 5 million refugees in its territory. If we open the doors, I do not know what Greece will be able to do,” the Turkish President threatened.

Athens responded that “Greece is a European state governed by the rule of law. It protects its borders, which are also the borders of the European Union, and at the same time saves human lives at sea. And when threatened by countries that use desperate people to achieve geopolitical goals, it will always respond with determination. This is what Greece did in Evros in March 2020, with the support of Europe,” the Greek Foreign Ministry said in a statement.

In early spring 2020, Greece saw thousands of migrants at its Evros borders trying to push their way to Europe.