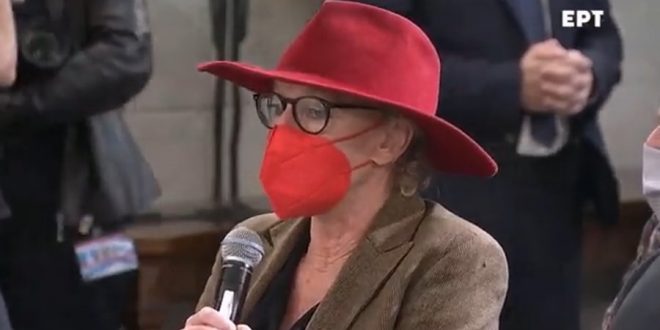 Dutch journalist Ingeborg Beugel who challenged Prime Minister Kyriakos Mitsotakis during a press conference is leaving Greece for reasons concerning her own safety. Beugel became the target of a smear campaign, received threats and even got hit with a stone. The Dutch Embassy in Athens and the Dutch Ministry of Foreign Affairs have reportedly advised her leave the country.

Beugel got targeted after she asked the Prime Minister Kyriakos Mitsotakis and his Dutch counterpart Mark Rutte about migrants’pushbacks in the Aegean Sea. 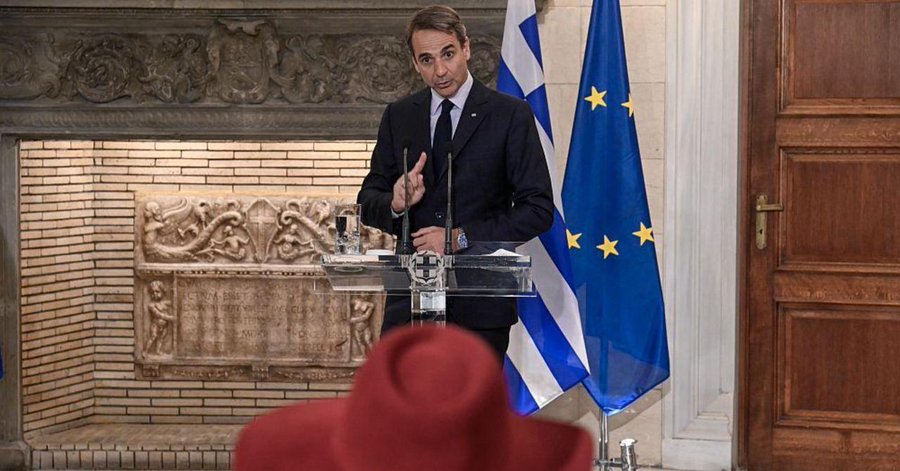 The Greek PM got furious and short time later, several mainstream media started to dig in the present and past of the “rude Dutch journalist” as they called her to name the most polite descriptions.

Speaking to Dutch media NLTimes, Beugel said that after the interview went viral last week, she was attacked by a man when she went to a store wearing the same red hat. 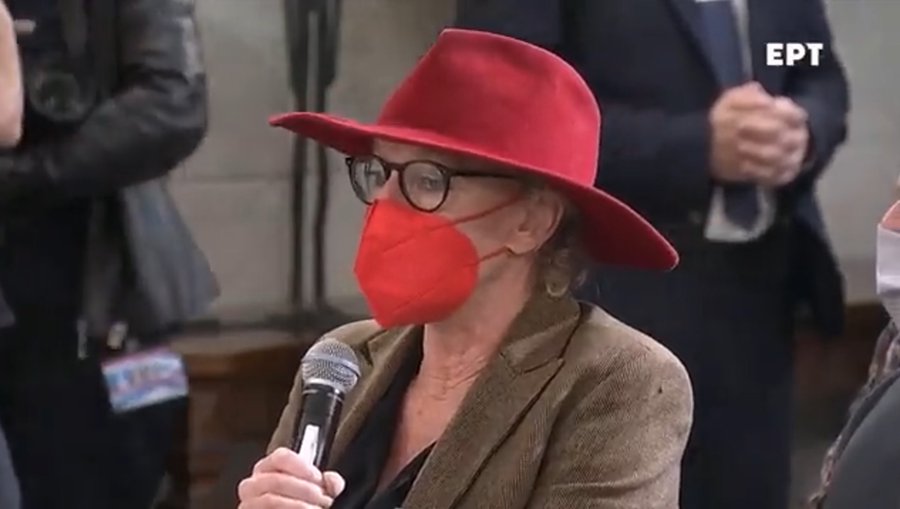 The man called her a “Turkish spy” and a “wh*re” and threw a stone at her on her way home in Athens, Beugel said.

She added that she does not receive protection by the Greek authorities.

On the advice of the Ministry of Foreign Affairs and the Dutch embassy in Athens, Beugel decided to leave Greece as soon as possible, while the Dutch Journalists’ Association provides assistance to the correspondent who has been living in Greece for the last 40 years.

Speaking to Greek news website news247</em>, Beugel said that her living conditions have become very tough after the incident with the Prime Minister that has grown disproportionately.

She also said that she would like to return to Greece at some point.

Buegel’s return has been confirmed by Xandra Schutte, editor-in-chief of De Groene Amsterdammer, for wich Beugel was working. In an op-ed Schutte wrote that she was “shocked!”.

According to Schutte, people now recognize Beugel because of the images of her that keep circulating of her on social and mainstream media. “She’s not safe when she goes out on the street. A rock was thrown at her.,” Schutte said stressing that Beugel’s “safety is most important now.”

In a statement on Tuesday, the Dutch Journalists’ Association NVJ condemned the threats against the Dutch journalist.

“Beugel faced serious online threats and a physical attack in Athens over the past few days, the union said. It called on  Greek authorities to guarantee her safety and to prosecute the harassers and perpetrators of violence..”

The union underlined that “during the press conference, Beugel was simply doing her job as a critical journalist, and the Greek government should therefore stand up for her, now that she is getting threatened in an aggressive and intimidating way about her journalistic work.”

International media rights organizationsReporters without Borders and the Global Network for independent Journalism condemn the harassment and the threats that drive Beugel out of Greece.

Before the assault, Ingeborg Beugel has faced a discreditation campaign on social networks & in pro-government media for her direct questioning of @PrimeministerGR on migrant pushbacks. It is unbearable that a journalist has to leave an EU country after verbal & physical attacks!

#Greece: IPI is appalled that #Dutch journalist @IBeugel has been driven out of the country after facing threats, insults & even a physical attack. She was targeted in a malicious smear campaign & branded a Turkish propaganda agent after questioning the PM about illegal pushbacks pic.twitter.com/kPn5ehODqv

So far, only news247.gr reported about Beugel leaving Greece, while the remaining mainstream media keep a deafening silence.

Congratulations to my Greek colleagues who succeeded in waking up the beast of xenophobia and fascism in the Greek society… They can sleep in peace for doing their "duty".. https://t.co/AY7J0HAwi3

The Greek government and the Greek Prime Minister have some serious questions to answer.
Outrageous development, to say the least.#Greece #pressfreedom #journalism #Beugelhttps://t.co/5XngEWDf2V

Sad that press freedom continues declining in both my countries (US & Greece), especially Greece, w/ its relatively recent history of authoritarianism, which we remember today, on the anniversary of the deadly Nov17,1973 uprising against the country's most recent dictatorship. https://t.co/Ddaufw5Cqw

From the Greek official side there is no comment until early Wednesday evening.