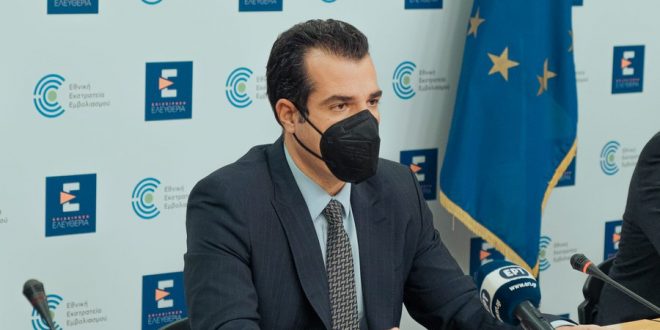 Greece’s health minister Thanos Plevris said early Thursday morning that he will refer the president of hospital workers union (POEDIN) to the prosecutor for the claims that public hospitals reserve beds in Intensive Care Units exclusively for Covid-patients who are Very Important Persons. Short time later, state broadcaster ERT reported that the prosecutor has called Michalis Giannakos for explanations and evidence to support his claim ICU for VIP.

According to ERT, the prosecutor’s call to POEDIN president is part of an open investigation since there are complaints about the death of intubated patients outside the ICUs.

Speaking to media, Minister Plevris vehemently denied POEDIN claims on 47 reserved ICU beds for VIP saying that there are specific medical criteria as to why an intubated patient is or not being transferred to another hospital with available capacities.

He named the patient’s blood-dynamic condition, the distance to next hospital, in fact he named criteria hospital workers know already.

Plevris was furious and said that the allegations attack doctors in public hospitals.

“Giannakos should dare tell us one name and I will personally file a lawsuit against him,” Plevris stressed.