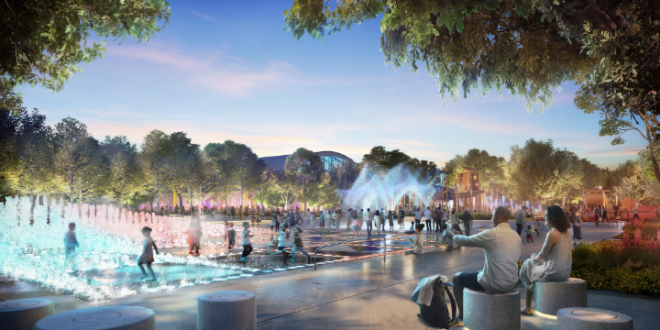 Lamda Development is opening the Experience Park, part of the Metropolitan Park of the Hellinikon project, on December 20, six months earlier than scheduled. It is the first part of a multi-million project that Lamda delivers.

The Experience Park covers an area of more than 70 stremma (7 hectares) in the area of the former Athens International Airport which include the three hangars of the Air Force, designated as modern monuments by the Culture ministry.

The park is the ideal destination for citizens to break out from the city’s daily life. It has a spectacular fountain, outdoor sport facilities, kindergarden and a Zen garden designed according the natural habitat of the region. A total of 500 trees and 55,000 plants from Mediterannean varieties were planted and the project is designed and built according the principles of sustainable growth.