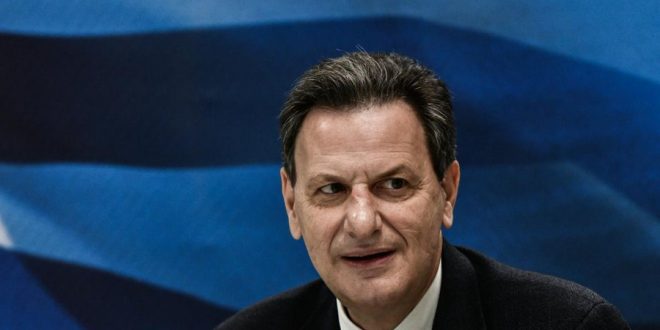 Ι said many times on this blog that the surrealism we have been living in this country for the last two years resembles the one we used to love on the Monty Python series. I can understand the government’s efforts to turn black into white but the absurdity of statements by some minister is without saying. “Poor households do not have a car,” said the country’s Alternate Finance Minister and added following an outrage that they eat “beans and chickpeas” whose price hikes are not significant. aear without a previous example in this country. However, as it is our real life we go through each and every day, I can assure you: it is not funny!

After the Prime Minister who praised the “amazing quality of life” in Greece, one of the ministers put forward an unbelievable argument as to why the government does not reduce the taxes on fuel that has reached exorbitant hikes.

“The fuel tax is a reverse progressive tax. That is, fuel, the poorest households use it much less because they do not have a car, the heavy fuel tax is on gasoline and is huge but the poorer households do not have a car. Most of the retirees, too many unemployed do not have either. Those who have two or three cars, which you do not call poor in society, will benefit more,” Alternate Finance Minister Thodoros Skylakakis told Parapolitika FM.

“So we will make a tax cut that will mainly benefit the richest and leave the poorest unprotected. It seems absurd,” he claimed further.

Of course, he did not pointed out to the “absurdity” of the reductions on the property tax ENFIA, announced by the Prime Minister the other day, as they will benefit only the property owners but not those who do not have one. Even if the government spokesman claimed on the ENFIA reduction”it is a horizontal measure” that will benefit everyone.

It goes without a question that Alternate Minister Skylakakis did not dare to challenge the PM. The 62-year-old politician  has been serving public offices affiliates with New Democracy his entire working life and last time he went to a gas station without an entourage of people to polish his shoes was most likely before 1989, as some media suspect.

The minister who holds the portfolio of Government Expenditure not only displayed ignorance about the cost of a cheap car in the country but also he seems to believe that fuel prices doe not affect all citizens, poor and rich, as they have a great impact on the supply chain.

It was the Finance Minister Christos Staikouras who exposed his Alternate Minister saying that “the government was considering to reduce the Value Added Tax on food.”

Other officials drew attention to the fact that state gets its most revenues form the taxes on fuel, a total of 60% of the final price.

But the Greek edition of Marie Antoinette insisted on his neo-liberal world view that wants the poor to have no car and do not eat meat because they cannot afford it.

Speaking to ANT1 TV on Friday morning, Skylakakis said that the impact of fuel prices affects “beans and chickpeas only 0.1% while food prices rose by 4.3% in total in December.”

Should the price index reach 6 % in January as the Eurostat warned (see details on KTG here), I am convinced that Minister Skylakakis and the other Marie Antoinettes around him will scream for immediate reduction on the price of cake.

PS We may have loved to laugh about Monty Python’s absurdity but as we now live in it, I can assure you: It’s not funny!