Breaking News
Home / FEATURED / Efstratia Mavrapidou, one of the symbol Grannies of Lesvos, passes away 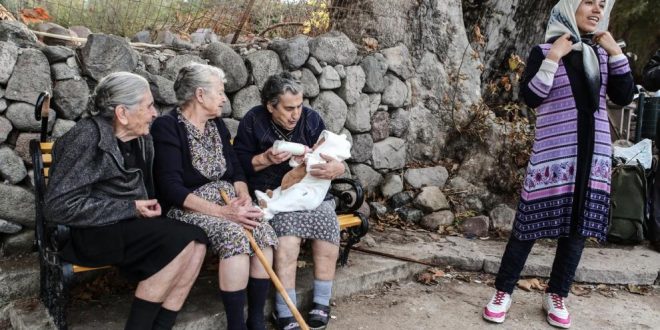 Efstratia Mavrapidou, one of the symbol Grannies of Lesvos, passes away

February 16, 2022 FEATURED, Social, Society Comments Off on Efstratia Mavrapidou, one of the symbol Grannies of Lesvos, passes away 672 Views

Efstratia Mavrapidou, one of the famous three Grannies of Lesvos, passed away at the age of 96. The three grannies became a symbol of solidarity with refugees in 2015, when they offered to feed and comfort a refugee baby and give a break to the mother from Syria who fled war and arrived on the island with a boat at the peak of the humanitarian crisis.

The grannies who would hang around on the village bench every afternoon told the story to the media: They suddenly heard a baby crying. The mother was holding it in her arms, was trying to bottle feed it. Her clothes were wet, the baby didn’t want the milk. 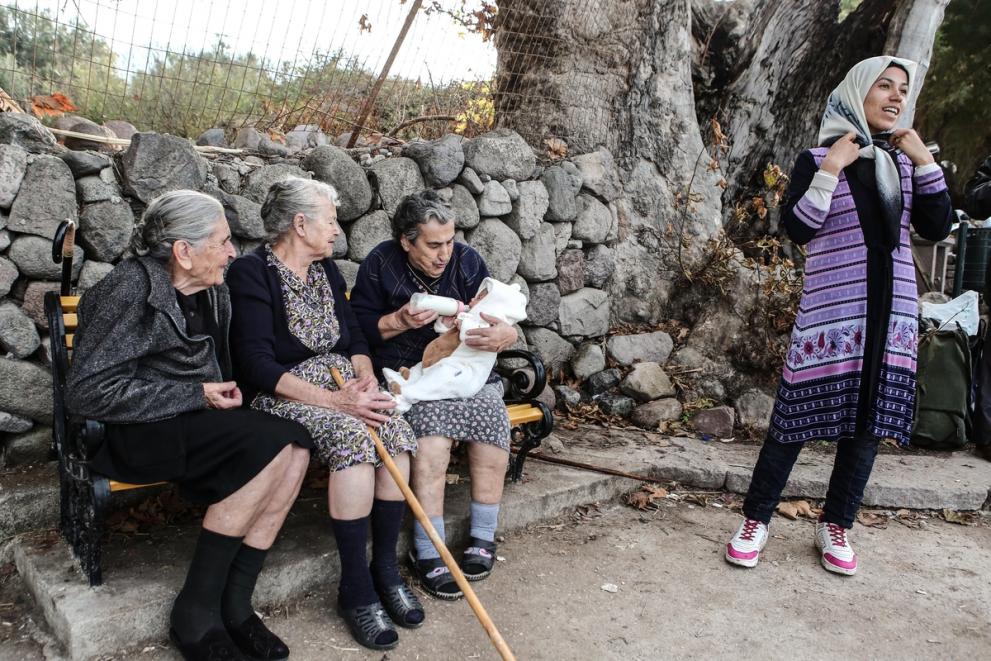 “Hey, girl, bring the baby over, I’ll feed it,” one of them told the mother in Greek, a language she could not understand. But granny’s face expression and accompanying gesture were very clear and broke the language barrier. Militsa (Aimilia) took the one-month-old baby boy in her arms, gave it the bottle, she started to sing a lullaby together with her friends.

“I checked the bottle with my hand, the milk was too hot. As there was a fountain nearby, I cooled the milk,” granny Maritsa said back then. The rest is history…

The three women continued to do the same for a long time, offering what they could to the refugees as their village Sykamia became the focus of the refugee and humanitarian crisis.

The picture of the Three Grannies and a Refugee Baby caused sensation around the globe and they were nominated for the Nobel Peace Prize in 2016.

One the three grannies, Eftratia’s cousin, Maritsa Mavrapidou, passed away at the age of 89 in January 2019.

Both Maritsa and Etyxia are survived by the third granny, Aimilia Kamvisi, who is now 92 years old.

All three women were children from Greek refugees families from Asia Minor.

Lefteris Partsalis, the photographer who captured the emblematic picture in October 2015 in an interview about the intensity of the moment:

“The father had gone next to the stairs, the grandmothers were there every afternoon and as soon as they saw the baby crying, they wanted to take the issue into their own hands. They gave us this wonderful moment. It was a gap in the darkness that our eyes were seeing these days.”

“The grannies were singing to the baby, they were certainly speaking to him to stop crying, and then this bottle of milk … The grannies left this legacy.”