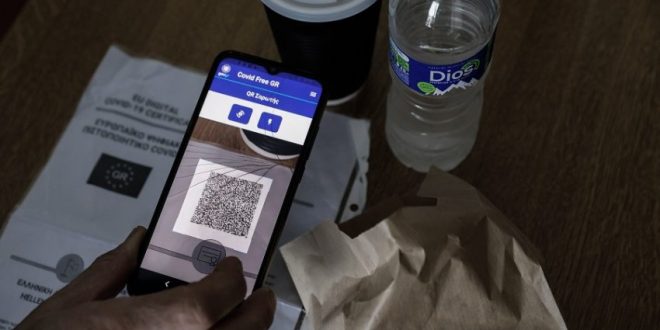 Greece will change the expiration period of vaccination and Covid-disease certificates, the so-called Covid-Pass, in order to comply with the European Union directives, Health Minister Thanos Plevris said on Friday morning.

“Expiration of the vaccination certificate after the second vaccine dose will be after 9 months and not 7as it is currently,” Plevris told Skai TV.

He noted that there is no expiration restriction for after the booster shot, ie third dose.

He added that the disease certificate will expire in six months and not in three as currently valid in Greece.

“The goal is to unify the duration times of the certificates” throughout the European Union, the minister stressed.

He did not say when the new expiration dates will go into force, but he revealed that a relevant ministerial decision is expected to be taken by the National Vaccination Committee next week.

Plevris said further that possibly next week, the government will present a roadmap regarding lifting of measures stressing that “as summer approaches the country will be closer to normalcy.”

He reportedly clarified that the vaccination and disease certificates, ie the Covid-Pass, will not be revoked, but what is being examined is that they will not need to be displayed for entry indoors during the summer months.

He added that this change will take place in May, however, he did not mention a specific date.

According to the original government plan, “abolishing” the display of Covid-Pass was scheduled for April 18, however, the country’s epidemiologists decided otherwise at their weekly meeting on Wednesday as daily infections exceed 20,000.