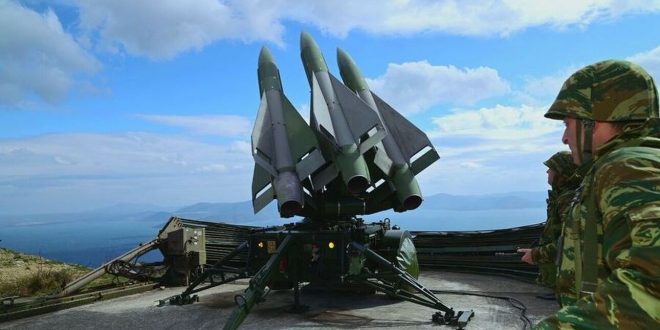 Activation of air defense in the Aegean Sea was a drill, says Greece’s Defense Ministry

Prompt was the response of Greece to the Turkish mass airspace violations and activated the air defense in the Aegean Sea. By order of the National Defense Ministry and the leadership of the General Staff the air defense was activated on Thursday, media reported early afternoon.

The Chief of General Staff, General Konstantinos Floros ordered the activation of the anti-aircraft systems located on the islands of the Eastern Aegean Sea, with the aim of locating the intruders from the air and trapping them by targeting them, several media such as cnngreece and protothema reported citing military sources.

The activation had already started and there have been no violations of the Athens FIR so far on Thursday, the sources reportedly said.

The activation followed a barrage of 168 FIR violations of Turkish F-16 fighter jets and 41 overflights of small and big islands, mainly over the Dodecanese, on Wednesday.

Three hours later and after the air defense activation leaks was all over the Greek internet, the National Defense Ministry said that it was just a ..drill.

“The development of the anti-aircraft systems located on the islands of the Eastern Aegean Sea out of the camps and deployed in positions that are foreseen to be activated in case of operations … was a training activity… a readiness exercise,” reports protothema citing military sources.

“After the high degree of readiness of the competent air defense directorates and the systems operators was ascertained, the General Staff ordered the exercise to take place, which followed the mobilization,” the sources reportedly said.

Independently of the military communication fiasco, the Greek government appears determined to not allow violations of Greek airspace to go unanswered and reacted with a series of diplomatic and other measures.

Prime Minister Kyriakos Mitsotakis briefed the Secretary General of the NATO, Jens Stoltenberg on the issue and froze the Confidence Building Measures with Turkey.

The Foreign Ministry lodged two protest notes, demarches, to Ankara and the General Staff canceled an invitation to Turkish Air Force to participate to the NATO exercise “Tiger Meet.”

PS My 7-year-old Kitty claims that somebody finally poked the first military sources reminding them the dramatic impact such an activation would have on tourism in the country.