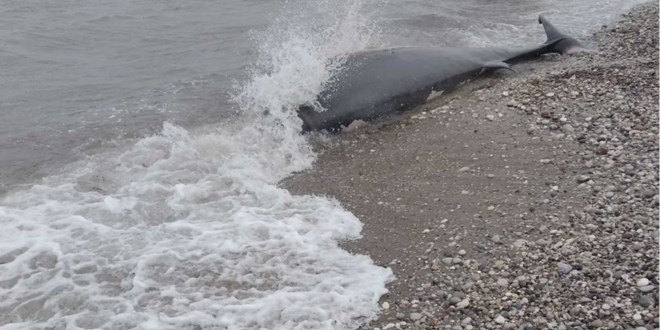 A Cuvier’s beaked whale (Ziphius cavirostris) was found dead at Kremasti beach on the island of Rhodes island on Monday, the Energy Ministry announced on Wednesday. First autopsy showed that the 5.3-meter-long mammal had swallowed over 15 kilos of plastic waste something that led to its death.

Veterinarians and marine biologists collected samples of the animal and sent them to the Aristotle University of Thessaloniki’s Veterinary School.

“It is not rare for the Ziphius and other whales to die from the ingestion of plastics, or to suffer long-term harmful effects on their health as a result,” said Anastasia Komninou, professor at the Veterinary School of the Aristotle University of Thessaloniki, who oversaw the autopsy.

“In this case, the large amount of plastic found in the stomach of the whale did not allow it to eat properly, resulting in cachexia and death,” Komninou added.

Deputy Environment Minister Giorgos Amyras said the plastics problem is “deeply felt in the Mediterranean Sea, considered one of the world’s most burdened areas.”