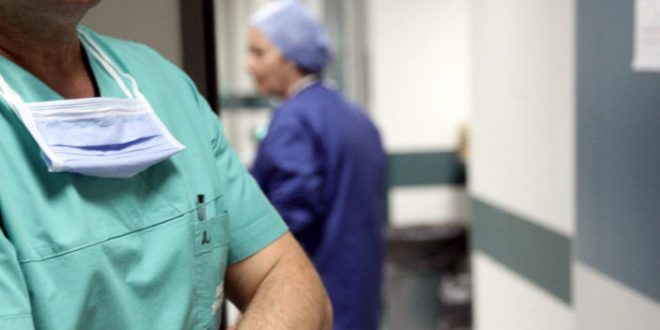 Greece’s Health Ministry has paved the way for surgeries in public hospitals in the afternoon against payment by patients even if they are insured or by patients’ private insurance companies. Τhe government and the ministry are determined to proceed with several measures and changes they call “upgrade of the public health,” despite the reaction by public hospital doctors and nursing staff as well as several organization of chronic ill and disable people.

Regarding the “afternoon surgeries” the health ministry has already prepared and submitted the relevant legislation to the Parliament, however,, crucial issues have not been worked out yet.

The bill that goes to the Plenary next week for voting leaves serious questions unanswered.

It is fixed that the patients will pay for the “afternoon surgeries” but it does not state what amount or percentage they will pay for the surgery as well as the fees for the doctors and the nursing staff involved.

Citing sources from the health ministry, daily ethnos reports that “the amount that the patient will have to pay privately is still sought and is expected to be near the amount public health care organization EOPYY reimburses to private clinics nowadays.”

One of the main problems that is expected to arise and has, so far, no answer is: where the patients who will have surgery in the afternoon will be treated.

Most clinics in public hospitals are 100% full and that’s why patients are hospitalized in stretches in corridors, recalls ethnos. The daily refers to the example of Sismanoglio hospital, one of the largest public hospitals in Athens, where both surgical clinics have a total 59 beds that are fully occupied on daily basis.

In this context, other questions arise about the priority that will be observed for those who need/ want to have immediate surgery for free and whether the order of priority will be bypassed in order to pay the doctors in the afternoon.

Nowadays, the normal waiting lists for “scheduled” surgeries in the morning, that is surgeries that are not urgent  are circumvented under the pretext of an emergency.

Health Minister Thanos Plevris has recently stated defending the bill that ‘measures’ will be implemented to safeguard that surgeons who will operate in the afternoon will have to perform similar operations also in the morning.

The bill emphasizes, among others, that “the afternoon clinics and surgeries are activated and upgraded. Citizens are offered medical options within the Public System with a fixed tariff. So the hospital has income, the doctors of the ESY and the nurses improve their income, the citizens will have options with reasonable compensation. In this context, private insurance companies will also participate.”

The leadership of the Health Ministry hopes that the system of public hospitals will be ready to start the afternoon surgeries in a few months, notes daily ethnos.gr in its report.