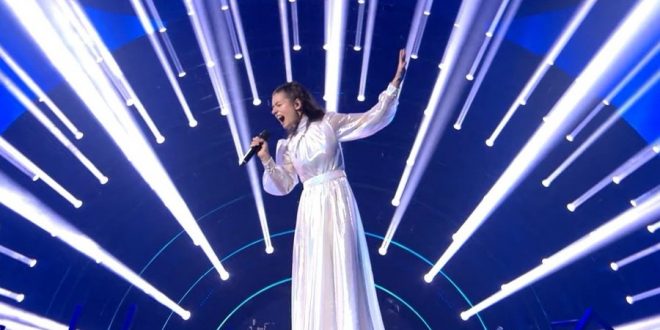 Amanda Georgiadi enchanted audiences and viewers with “Die together” and won 8th place in this year’s Eurovision Song Contest.

The representative of Greece on the stage in Turin was applauded by the audience and won the impressions by entering the top ten.

The Greek-Norwegian singer collected a total of 215 points, of which 158 were from the national juries and 57 from the public.

However, there were some country committees that did not give Greece not even one point.

The countries that voted for Amanda Georgiadi (committee score) were:

Ukrainian band Kalush Orchestra and “Stefania” won the contest receiving a record breaking points by the public in several countries.