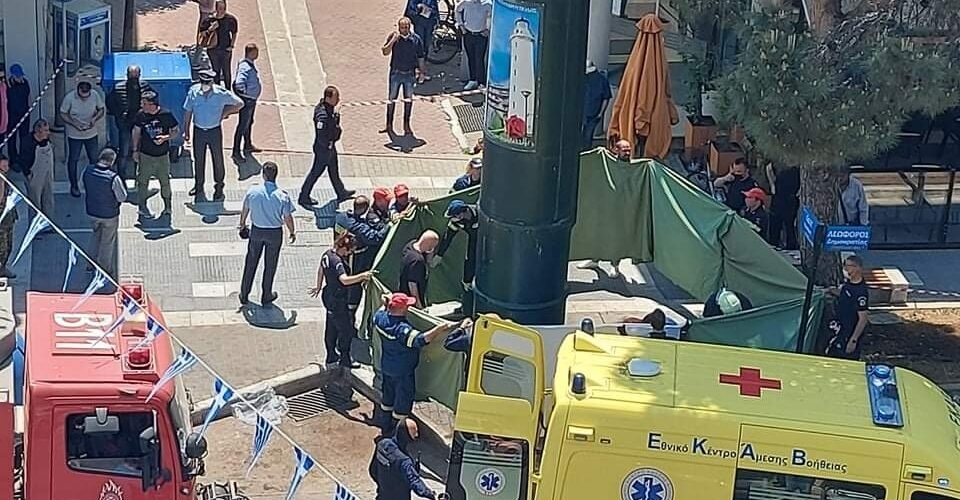 Unprecedentedly tragic accident:: An automatic dumpster crushed the body of a man in the center of Alexandroupolis in northern Greece at Monday noon. The man was looking inside the dumpster when the compactor mechanism was activated and closed automatically thus trapping and crushing his body.

Fire service staff and paramedics rushed to the spot and set up a screen around the dumpster as they removed the man’s body. 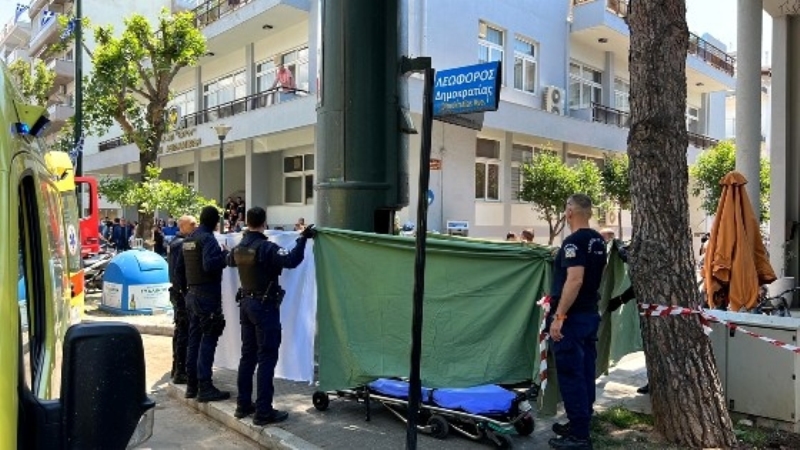 According to preliminary information by local police, the unidentified man at his 40’s was a homeless, who opened the bin and looked inside apparently in search of food.

However, later, local media and Skai TV reported that the man was not “a homeless searching for food” but an average citizen who had mistakenly thrown a small bag of medicines together with trash in the bin and looked for it inside the dumpster before he was killed.

Local media report that “part of his body was trapped and possibly compressed by the piston of the machine.”

The automatic waste bin is located on the main avenue of Alexandroupolis, in front of the Officers’ Club and the History Museum. The accident occurred in front of passersby, shoppers and people seating the cafeterias in the area, reports local evros-news.gr

The body was transported to the University General Hospital of Alexandroupolis where an autopsy is t determine the exact causes of death. 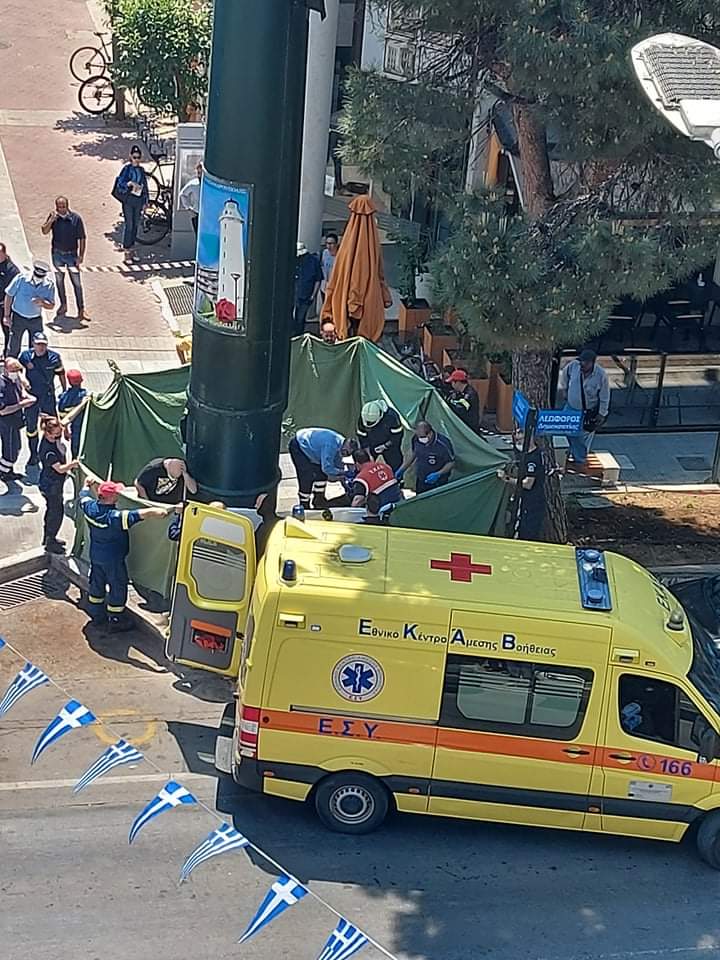 Known locally as “robot dumpsters,” the tall, cylinder-shaped bins have been installed in many smaller municipalities. The compactors help reduce the frequency of garbage pickups as well as the odor from the garbage during the hot summer months, notes the associated press.

Local media xanthipost.gr stresses that there was no warning sign on the automatic dumpster to draw citizens’ attention on possible dangers and risks.